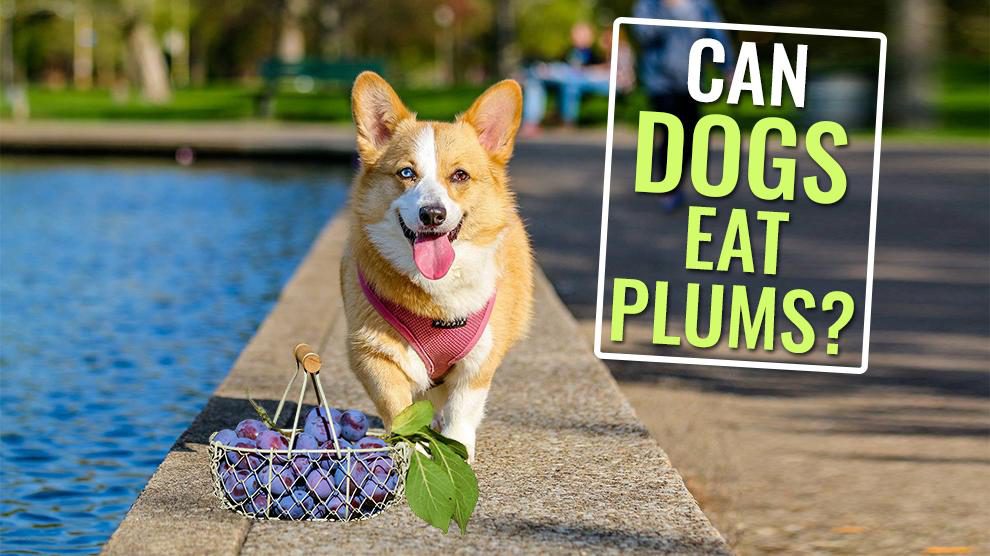 No, dogs should not eat plums.

Some human fruits can make for an excellent treat for your dog. These fruits include apples, bananas, and blueberries. Plums could be a great treat for humans, but what about canines?

Why Your Dogs Shouldn't Eat Plums? 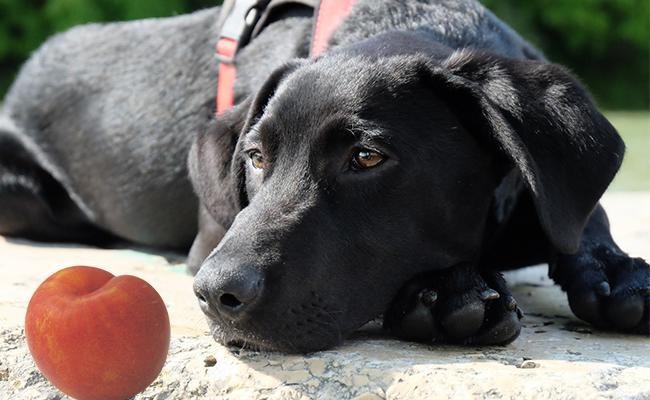 The main problem with plums and dogs is the plum pit.

According to experts, the plum pits can be sharp, and they could damage the intestines, stomach, or esophagus.

There is also another problem of the pit blocking your pet’s intestinal tract. While this problem is present in a small dog breed, it cannot be ruled out if a large-sized dog consumes several pits.

Crushed pits can release a toxic chemical called cyanide, which is poisonous to dogs.

The flesh of this fruit is not considered harmful. Unless the plum is moldy, fermented, or overripe, a little bit of flesh without eating the pit is not unsafe.

Vets do not recommend allowing your pet to eat a large quantity of canned variety or flesh. This is because of the plums’ rich sugar content. 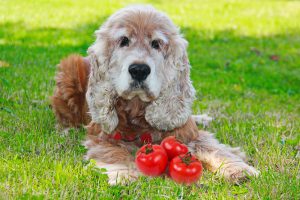 Can Dogs Eat Tomatoes? Find Out The Benefits And Risks Of Feeding Tomato To Your Dog, Tomato Toxicity, How You Can Feed Tomatoes? And Much More.
Read More
Back to Index

Are Plums As Toxic As Grapes And Avocados For Dogs? 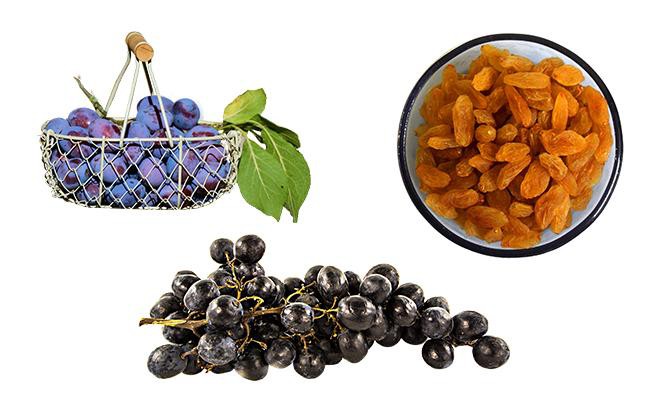 While plums contain high levels of sugar and pits are poisonous, a plum’s toxicity on a canine varies from those of raisins and grapes.

Raisin toxicity causes gastrointestinal upset. And it leads to severe renal toxicity in dogs. This could even happen if the ingested amount is marginal.

So, eating plums does not cause kidney damage in canines.

Furthermore, there are a lot of treats available on the market to make your dog indulge in this flavor. These treats do not cause any major side effects. 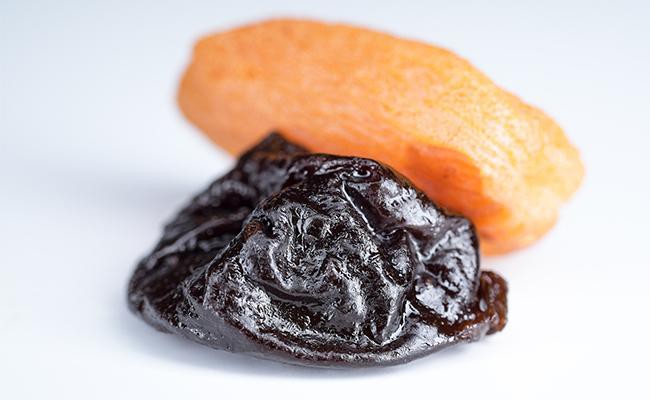 Yes, but only in moderation. Prunes are nothing but dried plums, and they are best avoided. Why?

A small prune slice will not cause much of damage, but it is high in fiber and sugar. The pit contains small levels of cyanide, and remove the pit before feeding your dog.

It is much effective.

What are the signs of prune toxicity?

If you find these signs, then take your dog to the nearest vet at the earliest-

The signs should get solved in a day, but it is safe to talk to your vet to avoid any future complications. 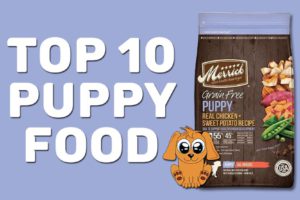 Check Out The Best Puppy Foods From Which You Can Pick The Best He Likes And The Best You Think Fits Him For A Good And Healthy Life.
Read More
Back to Index

My Dog Ate Plums, What Should I Do Now?

If your pet canine has consumed some plums, do not panic. Stay calm and talk to your vet at the earliest.

Take a close look for fruit remnants so that your vet can be informed about the exact part ingested by your dog.

If the pit appears intact, it means your dog is fine.

Due to the problems that plum pits offer for canines, it’s advisable that this fruit is kept out of sight, far away from your dogs.

You can store the plums in a pet-free cupboard or on a high table.

Moreover, if your pet suffers from a sweet tooth, talk to your vet about the list of safe-fruits for your dog. Always feed fruits or any food for that matter, in moderation.

Are Plums Toxic To Dogs?

What is Plum Toxicity?

Plums are fruits grown on small trees with lovely flowers. The plum fruits are 6 inches long depending on the range and soil fertility, from yellow to black.

What is a Plum Pit?

One plum fruit contains a large seed. This large seed consists of chemicals including cyanogen, amygdalin, hydrogen cyanide, or toxins.

If the stone is eaten completely, the acids will break down the parts and release the poisonous chemicals into the bloodstream.

One of the most toxic compounds to dogs, hydrogen cyanide, is present in rich quantities in a plum. The greatest concentration is seen in the plum pit.

So, there is enough poison in the roots and foliage. This could cause respiratory issues or gastric irritation.

There are other toxic compounds present in the fruit that could cause respiratory arrest, or damage blood cells.

If you watch your dog, you will notice signs such as difficulty breathing, tremors, and vomiting. Immediate treatment is necessary to save your dog.

Signs of Plum Toxicity in Dogs

All sections of the plum and its plant contain cyanide. It includes the plum pit, roots, stem, and leaves. This chemical prevents cell respiration, thereby causing asphyxiation.

There is a huge supply of oxygen, but the cells fail to use them.

The final result is a respiratory collapse, but some of the well-known signs include-

Some of the popular subspecies in the plums family include-

What are the symptoms to look for plum toxicity in dogs?

Treatment of Plum Toxicity in Dogs

With plum toxicity, the vet will begin treatment immediately. The main priority is to remove the cyanide before the chemical affects the liver and brain damage happens.

They will inject methylene blue or sodium nitrite through IV, and this will promote the formation of methemoglobin in the blood.

These will create cyanomethemoglobin, removing the cyanide.

If this creates some problem, the vet may use thiosulfate. This increases the rhodanese-thiocyanide compound and reduces cyanide toxicity.

If the treatment starts without any delay after you reach the hospital, the recovery is fast. Your dog will need thorough monitoring and a lot of rest.

What Is The Emergency Contact For Toxicity In America?

You can definitely share a fresh piece of plum with your canine. Feed only the juicy part after removing the pit completely.

Are Japanese Plums Toxic To Dogs?

Yes, no plums including Japanese ones are safe for dogs with the pit intact. Talk to your vet before feeding your dog with fruits containing pits.

What are the nutritional upsides of plums for canines?

These fruits contain 87% water. It will hydrate and keep a dog healthy in the months of summer. Plums also contain a good amount of vitamin C that could improve the immune system.

How To Prepare A Plum-Based Diet?

Cut a fresh plum. Sprinkle the pieces of fresh plum on top of your dog’s food.

This method will enhance the taste of the fruit and also cause less digestive problems.

Remember, moderation is the key. 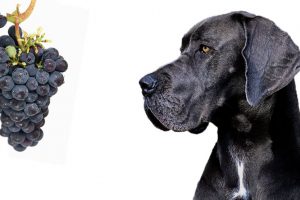 Can Dogs Eat Grapes And Raisins? Side Effects & Treatment

Can Dogs Eat Grapes Or Raisins? Check Out The Toxicity Of Grapes In Dogs, Symptoms And Treatments For Grapes And Raisins Poisoning In Dogs.
Read More
Back to Index