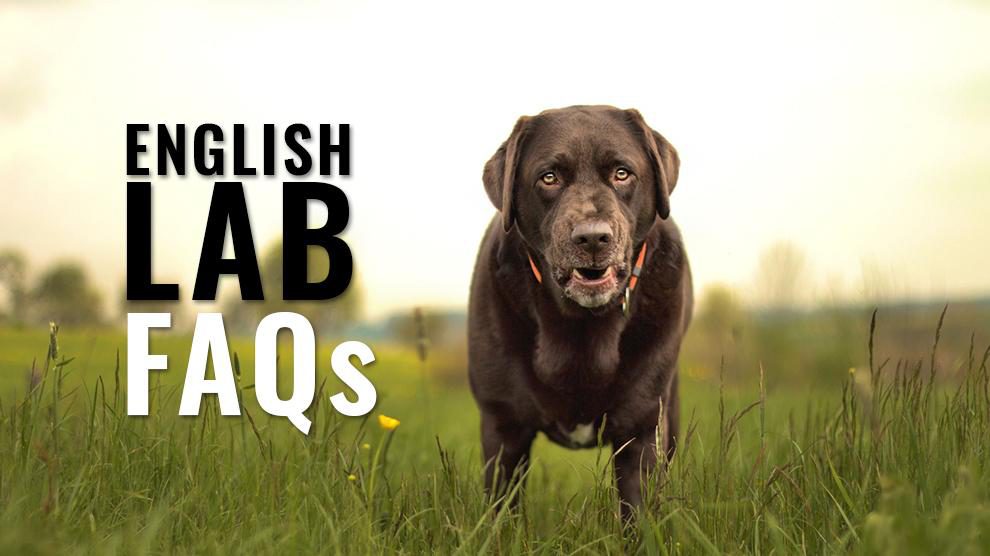 How to train an English Labrador retriever?

There are four methods of training available for a trainer. This includes

◊ Traditional training is the old method where just instructions were given to the dog and it had to obey it.   Most of the times, the commanding nature of a trainer or owner towards their dog was only undertaken and this is called the pack structure.

◊ Modern training is about the owner or trainer applying the behavior observation style. The psyche of the dog acts as a main engaging point.

◊ Balanced training is a mix of both these methods, adopted in a thoughtful manner by the trainers and owners.

◊ Crossover training is the changeover in outlook and behavior of such trainers and owners of dogs who adopt this training method. The scientific or modern training method is undertaken.

What is the difference between English Labrador and American Labrador?

English Labs are calm by nature in its character but the American labs are lively and tough. An American lab weighs in the range of 70 lbs to 120 lbs. The average weight of an English Labradors is between 60 lbs to 85 lbs.

How much should an English lab weigh?

An English Labrador dog weighs between 70 lbs to 80 lbs for a male. For females, 60 lbs to 70 lbs look apt. English labs have a more sturdy appearance.

May I know popular English Labrador puppies breeders in the UK?

A few popular breeders in the UK:

What is the temperament of English Labrador Puppy?

English lab puppy is a very happy and outgoing puppy. A loved brand of a dog in the United Kingdom for more than 100 years. These puppies are generally seen with a skin coat in colors such as chocolate, black and yellow.

It is a loved pet animal in the UK. It has a body structure where the head is quite big, broad chest, shorter legs, and otter-like tail.

What is an English Labrador retriever?

An English Labrador retriever is a particular breed of dog that’s well known in England. They are a standard Labrador dog breed.

What is the price of English lab puppies?

The price of a well-bred and healthy English labrador puppy can come in the price range of between £650 to £850.

What is an English style Labrador retriever?

English style Labrador retriever means a Labrador dog with a hefty appearance. They have a heavy bone, thick coat, short legs, and a square head.

How many types of labs are there?

How big do English labs get?

The English Labrador dog has a bulky appearance with a thick and big bone and shorter legs. It has a head that’s seen as the one with a square or blocky appearance by the people of that country.

Yes, of course, all the breeds of dogs shed hair. Routine hair grooming of the Labradors is a must for all those who grow this breed of dog.

It is generally stated that an English Labrador male dog should be?

A normal English Labrador male dog is 70 lbs to 80 lbs in weight.

Do Labs shed more in the winter?

No. The Labradors do not shed more in the winter season because they shed a lot during spring itself. The reformation of such coat happens during summer. And increases into a thickened coat during the winter.

Do Labs shed a lot of hair?

What about English Labrador temperament?

English Labradors show the qualities of good composure and a laid back outlook. They are friendly and warm by nature, except for a few dogs that go the other way.

What are the Interesting facts on English Labrador?

The Labrador is an eminent dog breed in England like in few other countries too. Labradors have a long history. It was one of the hunting dog breeds that game hunters used like an assistant.

Hunters depended on them for bringing the hunted birds back without causing any harm. These dogs show a friendly nature to all. It is a very bold and intelligent dog. Labradors work fine both as a pet and a working animal.

Labrador is one of the most exploited dog breeds. The military and police forces globally, use it for sniffing purpose.

What is English Labrador lifespan?

The average lifespan of an English Labrador dogs is 12 years. Besides, some dogs in this breed live to the age of 19.

What are the health issues of English Labrador?

Other diseases that affect this dog include

How much will an English Labrador puppy cost?

A well bred and healthy English Labrador puppy in the United Kingdom costs £650 and even goes up to £850.