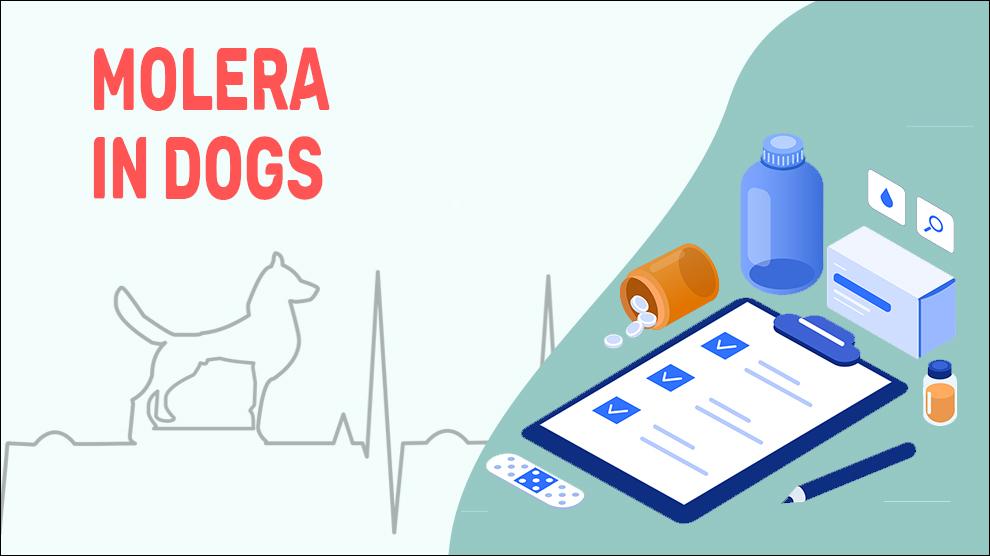 A molera is a breach/gap in the upper part of a dog's skull where the frontal and parietal bones have not merged together. A molera, in itself, is not a medical condition or injury. It’s generally considered to be normal.

Most of the puppies have an unfinished skull at birth; the opening at the upper center of dorsal skull (bregmatic fontanelle), is called a molera. Typically either diamond or circular shaped, they have an average size of a dime (quarter inch - 1 inch in diameter). Some have level edges, whereas others have jagged or rough edges. When the pup matures, the bony plates are pulled together during craniocervical development by the cartilage that also calcify the skull and closes the molera.

For that matter, even humans are born with an imperfect skull bordered by the flexible, elastic tissue called suture lines (fontanelle) which will ultimately close and produce a solid skull.

Most commonly found in Chihuahuas. It was once considered that this ‘soft spot’ is a mark of purity in the breed, perhaps just as unique as the ridges on a Rhodesian ridgeback or spots on Dalmatians. Although molera was once believed to be a spot of purity, that was not in the dog’s best interest.

Discuss with veterinarian about the molera, if you are unable to find out a simple x-ray may reveal it.

Train your Chihuahua’s not to jump off furniture, instead train to use pet stairs.

More importantly, take care that you do not accidentally kick your chis in the head. Watch your feet.

When petting your chis head, don’t be over affectionate and pat hardly.

There is nothing to lose sleep over about your pet’s Molera. There are lots of other things to ponder over.

It's an absolutely normal anatomical aspect that may or may not close eventually. Even if the closing doesn’t happen, molera doesn’t cause any undesirable health conditions on its own.

Why Do Chihuahuas Have Moleras?

Chihuahua’s moleras have the same premise as fontanelles of human babies: this anatomical defect permits for the easier journey of the head to move across the birth canal.

Due to the breed's small pelvis and large head, female Chihuahuas find it hard at the time of delivery. The molera, however, helps the pup's bony plates of the skull to temporarily flex and squeeze through the birth canal.

When do puppy molera close?

Once the puppy gets older, the bones fuse together and molera should gradually close on its own. Usually within 12 weeks but sometimes it takes up to 18 weeks.

In certain breeds like the apple head Chihuahua though, it may be a lifelong condition and remain permanently open without any dire consequences

The interesting news about moleras is they were even more prevalent in Chihuahuas during the breed's early years. Chis, as they are affectionately called, were bred to be smaller, with a favored weight of just 2 to 4 pounds until the 1970s. The inclination for smaller Chihuahuas resulted in a higher rate of moleras.

Molera was once connected with hydrocephalus– a life-threatening condition where there build-up of CSF in the skull. However, now it is established that there is no connection. There is no mortality due to molera but sometimes dogs die when they get hit in the head while they jump from the couch or due to any other accidents.

The sizes and shapes of Molera spots may differ, which makes dogs susceptible to brain injury. So, it is significant to handle your pet with care. Avoid frolicsome playmates such as physical dog breeds or young children.

Dogs affected by molera can have a long and healthy life provided if the right precautionary measures are implemented.

Dogs affected by molera can have a long and healthy lives provided if right precautionary measures are implemented.

The prognosis for dogs with molera is typically good. With just a few safety measures, these dogs can entertain us all through their lives.

Remember that all Chihuahuas are beautiful –purebred or not, gape or not, bashful or bubbly, apple or deer head, big or small, has molera or not!