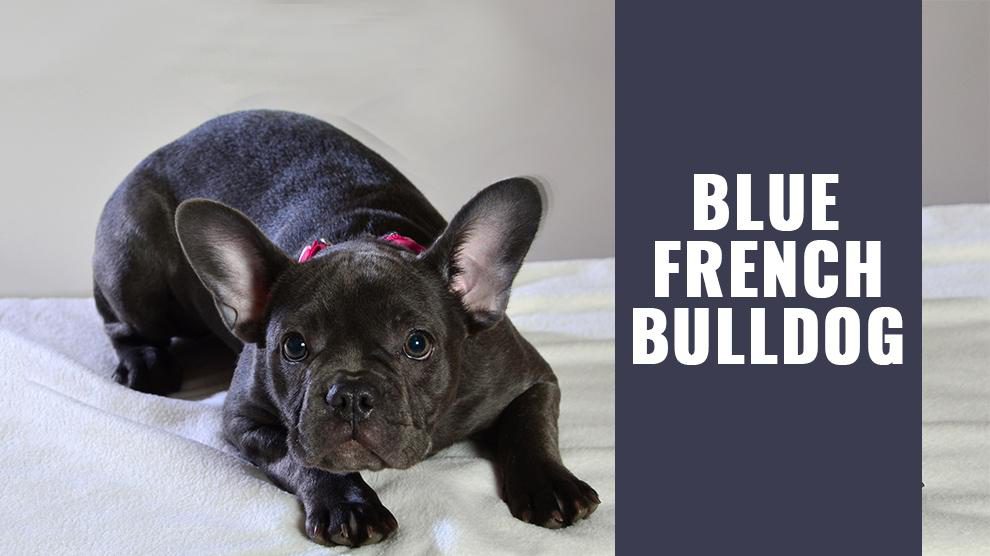 Blue French Dog, “appealing” more than “good-looking” is just another paradigm of the subjective nature of “beauty”.

Their compelling color turn heads wherever they go, and their lovable personalities help them make quick friends with everyone they meet. And that face and big old bulldog eyes? Do I have to even say about it?

The blue French bulldog resembles other French bulldogs save for the coloration of the dog’s fur. What makes this dog a bit different in terms of color is nothing more than the fact that the dog’s gray coat has a slightly bluish hue, well, thank its genetics.

Some Frenchie pups would even sport a striking pair of blue eyes, owing to its recessive gene. In the vein of its feline peer – the Russian blue cat, the blue French bulldog is highly sought-after for its cuteness and charm.

The unique features (in fact, bizarre physiology!) that they integrate have made them popular among the dog lovers.

While the top breeder associations give a cold shoulder to these blue boys, their trade has been exponentially high in most parts of the world. Like other French bulldogs, the blue ones are also referred to as Frenchie.

This blue Frenchie origin remains confused, but most sources trace the origin of standard French bulldog roots to English bulldogs.

The most accepted theory is that the crossbreeding between the English bulldog ancestors and local matters in France. Nottingham lace workers in search of a toy-sized bulldog that would be more likely to snooze while they worked brought over to England during the 1800s.

They, somehow, did introduce the “bat ear,” which is not an attribute of the English bullies.  The blue coloration of a Frenchie comes about from a recessive allele (genetic mutation) on one of the genes that determine coat color.

This color is highly attractive to many owners, so the breeders continue to breed them for their popularity. 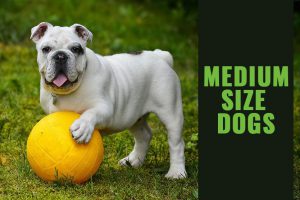 Medium Size Dogs Are Perfectionists In All Things. They Are Just Right In Size, Neither Too Small Nor Too Big. Discover How Well These Dogs Suit Your Family.
Read More
Back to Index

Is Blue French Bulldog, The Right Dog For You?

Blue Frenchie may be right for you.

A bluey may not be right for you.  but, they were made for lovin’ you, buddy.   Still not convinced? Keep reading

The average blue Frenchie life-span is about 10-12 years which is relatively moderate especially when compared to other small breeds.

Bulldog Has Come A Long Way Since It's Beginning As A Wager In The Now Outlawed Sport, Bull Baiting. Learn The Size, Lifespan, Temperament, Price And More.
Read More
Back to Index 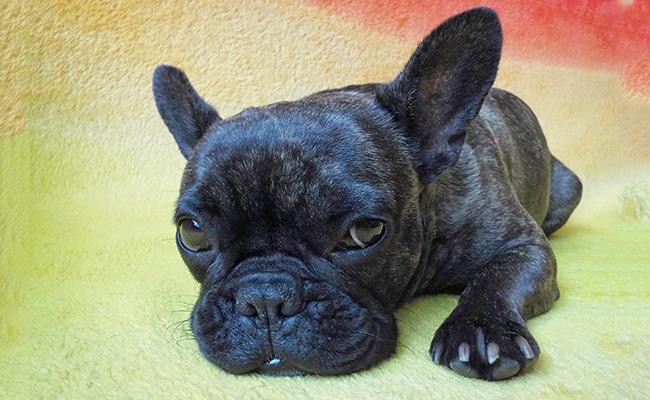 They belong to Brachycephalics or “smushed-face dog” breeds which have certain common anatomical traits that make them both amazingly cute and incredibly impaired.

Despite his ‘down in the dumps’ expression, the blue French bulldog is comical, compelling and consistently cordial.

A French bulldog is the smallest of the Bulldog clan. They are small yet really strapping and strong guys. The body length between the shoulder point and the point of the buttocks slightly exceeds the length of withers.

The head should be outsized and a slightly rounded skull with wrinkles and skin folds typically found around it. The muzzle length is about 1/6 of the total length of the head.

Stocky frame but a squishy face and snubbed noses; the French wrinkler have a number of adorable features, the face being the most important one. Broad, domed forehead with prominent superciliary arches, separated by a particularly developed furrow between eyes.

The muzzle is short, broad, with concentric symmetrical folds. A little squashed-in nose which is extremely short and black in color. The underjaw is square, deep, but neat. The teeth meet in an underbite.

Round, prominent Eyes are set low down in the skull quite far from the nose and ears. A French Bulldog’s ears are often referred to as ‘bat ears’, they are medium sized, set high on a dog’s head, elongated, narrowing in a triangular shape and rounded at the top.

A well proportioned, slightly arched, thickly set, without dewlaps and broadens toward shoulders. Topline rise progressively, but not exceptionally, from the withers towards the loin.

That touchback conformation is typical for the breed. Short, broad and arched loin with well sloping croup. Very well sprung ribs, “barrel-shaped” chest and belly is tucked up but never whipped. The tail is set low, rather straight, tapering at the tip and thick at the base. 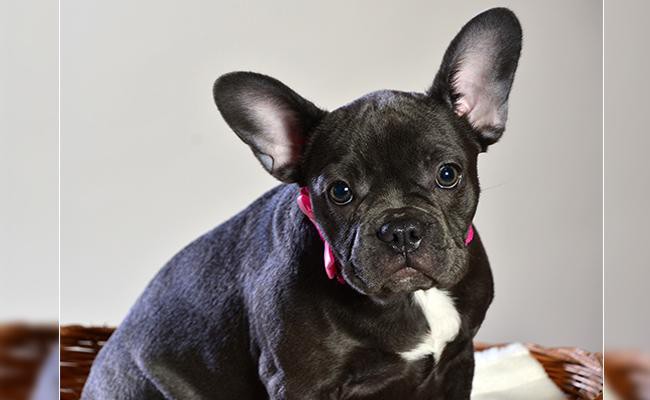 To wrap up, take care of these anatomical disasters – They’re not the patron saint of cuteness; they are genetically manipulated and bred for us. In spite of all their health concerns,   they will do anything to please you.

They’ll be mad about you eternally. Charismatic cuddlers. You’ll never feel alone 24/7. Such a small breed fits rather imperfectly into your lap but perfectly fits into your heart….oops. Just watch out for the farts!!!!

Squishy face, snubbed nose, giant googly eats, big bat-ears and all these come in a blue package. Who wouldn’t fall in love with this blue-eyed boy! Seriously.

Properties below are those of blue Frenchies. Trespass if you want to get one

Calorie considerations – A health, active French bulldog should be fed about 25-30 calories worth of food per pound of body weight. So,

-French bulldog puppy (4-12 months) who doesn’t exercise a lot, weighing an average of 16lbs, needs around 400-500 calories per day, split between two or three meals.

-An active, adult blue French bulldog in the 28lbs range should get around 700-800 calories per day.

-The average adult blue Frenchies should get anywhere from 600 to 750 calories per day.

Puppies need to be fed a highly nutritious, wholesome diet for them to develop and grow as they should. In general, a Frenchie puppy should be fed with their meals is evenly spread out throughout the day.  It’s best to feed 2 or 3 times daily:

Remember, the feedings depend on puppy’s build. Once a franchise is 11 months old they can be fed adult dog food depending on their activity level, eating tendencies and health. 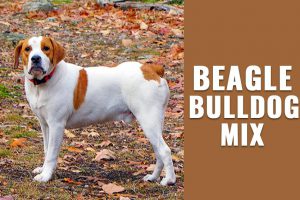 Beabulls Are Crossbred Of A Bulldog And A Beagle. Discover All Facts Including Size, Health Problems, Price, Breeders & More About The Beagle Bulldog Mix.
Read More
Back to Index

French Bulldogs have a fine, shiny, smooth, glossy coat and these are all traits that may suggest that they don’t shed very much. French Bulldogs are low shedders but they shed profusely during the shedding seasons.

Blue French bulldogs which have a relatively thin coat shed minimally year-round. There are some French bulldogs that have got a really thick coat which will shed (aggressively, almost) during warmer months.

In general, these tend to shed less overall but they still shed some of their furs in the warmer months as to cool down for the summer month.  Regular brushing will not only keep their coats and skin in good condition, but it will help keep any shed hair under control.

If you’re going to own a Blue French bulldog, you need to be well-informed about proper care for their adorable pudgy face. They have lots of wrinkles and folds around their faces and other parts of their bodies.

At grooming time, it’s always a good idea to make sure these are kept free of any debris and dead skin. Make sure to wipe any dirt out from each facial fold with a mild soap or mild germicidal shampoo or alcohol-free baby wipe at least once a week.

It’s better to apply a little bit of Vaseline in the folds after the wash.

Being a brachycephalic breed, the French bulldog can have some degree of increased work associated with breathing with varying degrees of obstruction to their airways, due to shortened muzzles, elongated and fleshy soft palate, and narrowed nostrils.

Hip dysplasia is caused by a congenital deformity in the hip joint or cartilage damage from traumatic fracture i.e. deformity of the ball and socket joint (the head of the femur and the acetabulum). The deterioration of the joint results in varying degrees of discomfort, pain, stiffness, and lameness.

The third most common canine congenital cardiac defect and occurs much more commonly in the brachycephalic breeds.

Pulmonary valve stenosis is characterized by the constriction of right ventricular outflow tract or the pulmonary artery leading to an obstruction of the outflow from the right side of the heart where blood enters the lungs.

This disease can be inherited with different degrees of severity; the usual symptoms when the disease is advanced are not tolerant to exercise, arrhythmia and heart problems.

These are a sort of eyelash disorders that are found in Bulldogs in which extra hairs grow out of the eyelash area that can cause tremendous irritation to the cornea.

These are common Vertebral and spinal abnormalities found in bulldogs. Breeds that have been bred purposely to have “screw tails” are at risk to this condition which can lead to pressure on the spinal cord resulting in progressive pain, incontinence and loss of hind limb function.

This is the most commonly diagnosed hormone disorders in the dog and usually, hypothyroidism is a congenital disorder of thyroid gland, causing slow physical and mental development.

You should budget anywhere from ($4000 – $6000) for a Blue French bulldog with top breed lines and a superior pedigree.

They are expensive because of the small litter count and very few Blue French Bulldogs can breed naturally, mostly due to their constricted hips which makes mounting difficult.

Most Frenchie females should be artificially inseminated and most puppies are born with a C section. This time-consuming process makes this designer dog expensive.