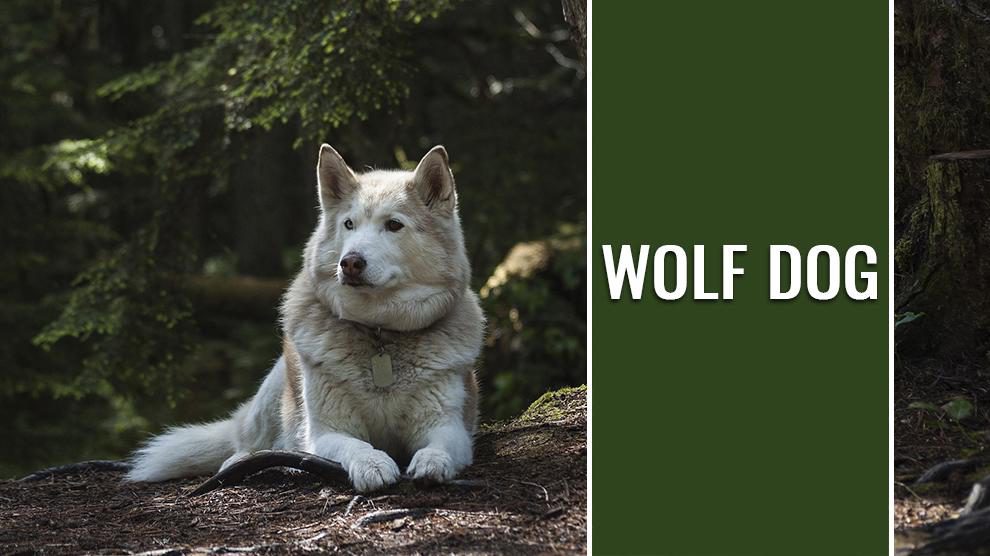 Wolf dogs are crossbred dogs in which one parent of the breed is a domestic dog and the other parent is a gray wolf.

Although it is named as hybrids, dogs and wolves all belong to the same canine family. Dogs are known to be the subspecies of wolves’ Canis lupus familiaris which is why dogs and wolves are crossbred. 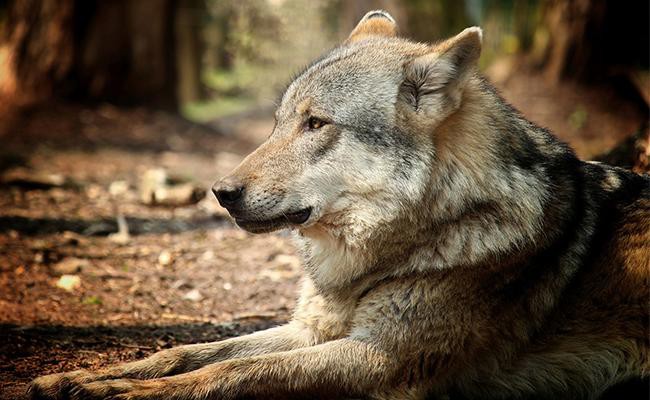 As per records the first time the dog and wolf breeding happened in England in the 18th century mid.

However, it was only during the 1960’s it begins being a routine for gray wolves to be bred with dogs to grow a companionship.

As there is a mixture of genes over many generations that it has crossed there are high chances of dog genes in the gene pool than a wolf, just like German shepherd which is dog breed that grew out of the wolf.

Most of the hybrids in today’s generation are a cross between the gray wolf and a Siberian husky, Alaskan Malamute or German Shepherd and are titled as low content wolf dogs. 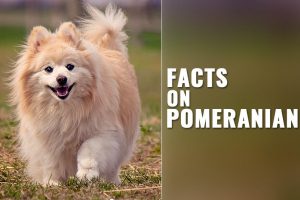 The wolf-dog is a good physique dog which has well-built muscles with lengthy limbs and elongated “Wolf” muzzle.

These dogs are usually very reserved and shy in the company of humans than with the dogs around.

As there is variation in the inheritance of their hybridization, there always lies a doubt whether this breed is dangerous than a dog or not.

However, the behavior of a dog depends on every specific dog and has nothing to do with the entire group.

The color and type of coat in a wolf dog depends upon the type of breed the crossing had taken place. It isn’t a common trait for a wolf-dog to have a thick double coat.

It is always good to keep the dog clean and tidy by combing its hair often and giving bath occasionally with dry soap.

The wolf dg size varies with the gender of the dog. 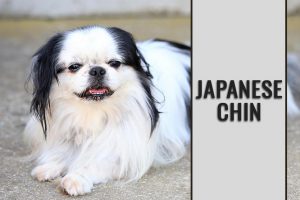 Japanese Chin Is A Quiet, Graceful, And Loyal Dog Which Is Always Keen To Please Its Owner. Check Out The Size, Lifespan, Food, Price, And All Information.
Read More
Back to Index

Though they are dogs in the majority, owning a wolf dog requires high experience as the characteristics of this breed makes it little complicated to keep it a part of the family.

Few wolf dogs resemble the wolves more than a dog and their temperament can vary highly from a Siberian husky or an Alaskan Malamute.

If you have hands-on experience in handling this breed then it would be a happy addition to the family.

Wolf dogs learn a lot from being exposed to many people, places, and situations right from their young puppy days so as to stop them from being skittish and highly fearful which may even end up in biting.

However, training usually this kind of breed has its own complications. They don’t have the attitude to please the trainer as a domestic dog does while getting trained.

Hormone changes as the dog gets sexually matured increases the unpredictability nature of the dog.

They are not great pets to be kept in the door in the home. They tend to stain furniture with urine stains and also create various problems in the house which might be a disturbance to children and pet at home.

They require a lot of exercises. They require 3 to 4 hours a day of activities to keep away health issues which may arise if they are just confined to one place.

There are certain requirements to maintain and care a wolf dog at home:

They are usually not an easygoing dog and they are considered as an aggressive breed.

This is why it is said that this breed is not an apt pet for families with small children or families which do not have any prior experience in handling aggressive dogs.

Every dog is different from another. Some pets seem to be very loving in nature whereas some dogs are very rough and are difficult to maintain and control within the home set up.

This kind of variation can be seen even in the same litter. To speak more detailed the higher the wolf mixes the feral nature in the dog seems to be more.

The wildness in the dog may also differ based on the number of generations the dog is away from the original breeding/crossing.

Apart from that wolf is also known for its pack animal character wherein the natural trait of the animal is to safeguard its food and keep an eye on their territory.

However, it is an appreciable trait in wildlife, it is not an expected character in domestic pets.

Wolves are not meant to be domesticated so they need to be trained to socialize and they need to given guidance in integrating with the civilized society.

Wolf dogs with higher genes of wolf seem to be destructive especially when keeping within the house atmosphere, right from their behavior to dig.

They are not a suitable pet for people who do not have adequate time for pets. If you are a 9 to 5 office going person do not opt for this breed of dog as it needs much time to be spent with them.

Certain states in America have restricted the breeding of wolf dogs. They have also delimited the private ownership of wolf dogs as they are not classified as domestic pets. 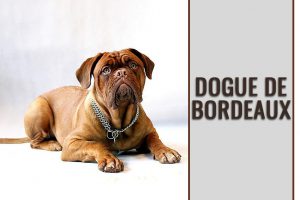 Dogue De Bordeaux, Is One Of The Oldest French Dog Breeds. Check Out The Size, Temperament, Training, Food, And More About The Protective French Mastiff.
Read More
Back to Index

Dog shedding is a natural way by which the dogs get away with their old dead hair. The amount of hair shedding depends on the size of the dog and its genes.

The shedding also varies on whether the dog stays indoors or outdoors and also majorly depends on its health conditions. These dogs shed throughout the year.

Usually, when the hair falls throughout the year it is not much visible on the dog’s coat but will be evident over the things around it.

Grooming a wolf-dog may not be of much help to the dog but definitely is a must for you and your house.

With its double layered furry coat, it rolls over the dust and mud outdoor and gets easily stained and dirty. It then rolls inside the house and over the carpet and your clothes making everything shabby as it is.

It is very important to choose a type of food that will be highly beneficial for the health of the wolf-dog. As wolves are carnivorous animals it is necessary to give adequate protein and meat-rich diet which is required for them to thrive. Before buying any dog food so read the nutrition information on the back cover so that it gives you enough facts about what you feed your dog.

They do not look for any specific food. They generally have a liking for the food items like raw meat which wild wolves eat.

To maintain a wolf-dog ideally you must feed him a good amount of raw meat every day. It is good to feed the wolf-dog chicken and turkey but it is better to avoid raw pork as it may cause digestive problems in the dog.

Eating bones are fun for wolf dogs and they like to eat raw whole bones. Apart, from meat and bones, the wolf-dog needs good vegetation and grassy food to stay hydrated.

They like to eat fruits but you must consult the vet on what fruits to feed the dog.

Besides the regular food that the dog feeds, it is a must to give it good supplements which include glucosamine, vitamins C, A, B, D and E with a mix of alfalfa and wheatgrass and also with garlic and pumpkin.

These food supplements help the dog from being away from diseases such as arthritis, skin problems, parasites, and digestive disorders.

They require a continuous source of fresh water. The best way is to keep a trough filled with water near the dog. In hot climatic conditions, it is good to let the dog play and bath in cool water in a wading pool.

Wolf dogs have the chances of being affected by a variety of disorders and complications which many large dogs get affected.

Make sure to keep contact with a local vet for your wolf dog and take him for a regular check-up.

They need to be given vaccinations as a puppy and it needs to be followed with proper shot schedule throughout its lifetime. Just as any other dog wolf-dog also is prone to many health issues such as:

They generally are very expensive and can cost somewhere around $400 to $1400.

The price of the dog depends upon various factors such as quality, age of the dog, its ancestral history, its origination and breeder and also its specification in the initial adoption.

As this breed is very rare to be found in the United States it is no surprise if you have to sell a few extra pennies to buy this dog.

Certain sanctuaries do give wolf dog on adoption but in case you find such a place to visit in person to check the dog physically and also check the papers of the dog before adopting.

Also, as you bring home a wolf-dog be sure you have enough space for the dog to move around.

Take a vet along to check the physical conditions of the dog and make sure that your lifestyle suits your aggressive pet and you are able to meet its high maintenance cost and time.