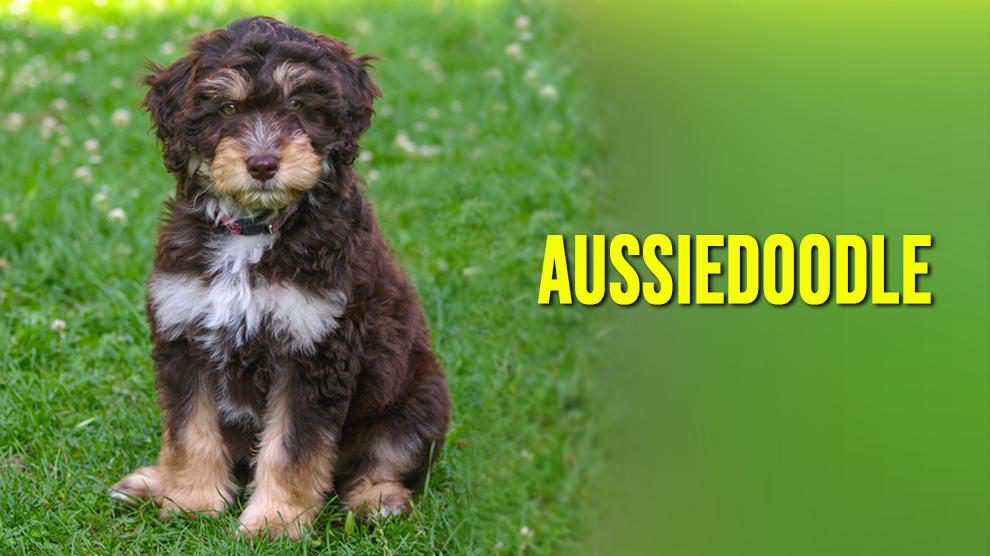 In conclusion, Aussie doodle is an excellent super-smart hybrid dog. It comes from crossing the Australian Shepherd and the Poodle.

Both the parent breeds, Poodle and Australian Shepherd, are famous for their brilliance. It shows in this intelligent hybrid dog. This active dog breed can read its owner’s mind and behave accordingly.

They are one of the most dynamic and smart dogs. The brilliant combination of high energy and intellect is a rare trait in a mixed breed.

Check out how they adapt themselves as family dogs.

Surprisingly, the Australian Shepherd’s connection with Australia remains an enigma. They have remained as America’s famous dog rather than the Australian continent. 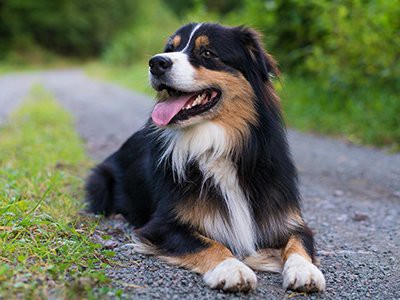 It also includes working as a multi-purpose ranch and farm dog. The Australian Shepherd is also good at herding livestock. 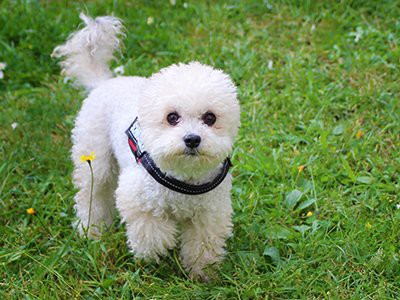 The Poodle always shines in obedience training. They are more often associated with beauty. 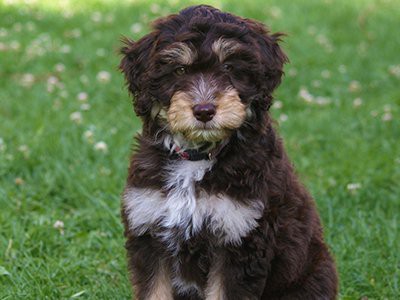 The main reason why the Poodle is the preferred option is due to Poodle’s low shedding coat trait. Not to mention, the first time breeders of this dog had this fact engraved in their minds.

Moreover, they are comparatively new designer breeds that have gained more popularity in the United States Of America than Australia.

How are they bred? 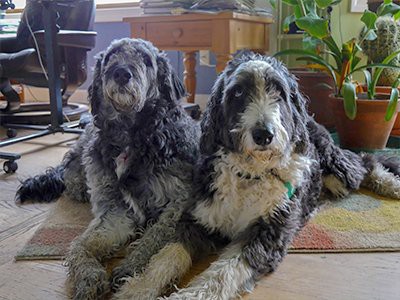 Firstly, they are developed by crossbreeding a hehyalt Australian Shepherd and a purebred smart Poodle.

However, while crossbreeding, Australian Shepherd females are preferred over the poodle females as the Poodles may have health concerns due to the puppies’ size. 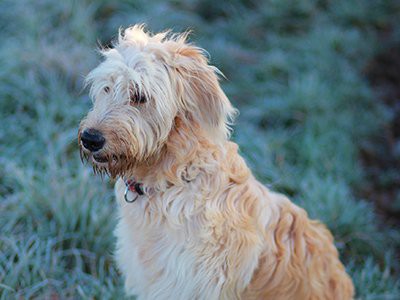 F1B results when a poodle and Aussie doodle is cross bred. Statistically, this is a mix mainly of Poodle and resembles less of an Aussie doodle.

F1B Aussie doodle dogs have curlier coats and undergo less shedding of the coats. These dogs are adopted as pets by people who have mild to medium allergies to dogs and dog fur.

They are mostly seen in shades of white, grey, and black colors. They have a super-soft coat that is primarily of medium length. Also, the coat can vary in texture, from curly coat to wavy coat resembling a Poodle.

There are three varieties:

A standard Aussie doodle can be on the heavier side weighing more than 45 pounds. Aussie doodles take between 7-16 months to be fully grown.

Indeed, these dogs are hypoallergenic, but they cannot be assertively stated. If this dog breed is given daily baths with its hair coat well cleaned and brushed, allergies can be avoided.

Hence, regular hair grooming is essential to ensure that it remains free of shedding.

It is quite essential to understand that no dog breed is ultimately hypoallergenic. This puppy will be ideal for people with moderate or high allergies.

Generally, allergies are not spread by a specific dog’s nature of coat but the dander (dead skin) that it sheds.

Right From Pluto To Snoopy, Anthropomorphic Dogs Are Filled With Full Emotions And Humour. Take A Walk Down Memory Lane With 10 Exceptional Cartoon Dogs.
Read More
Back to Index

The size of an Aussie doodle depends on the Poodle involved in the crossbreed. Toy poodles, if used in crossbreeding, will produce smaller dogs compared to Standard Poodle.

This breed’s average size is between 14 and 23 inches and weighs between 25 to 70 pounds.

The average life expectancy is between 10 to 12 years.

What are the Aussiedoodle pros and cons?

Some of the pros and cons include

Shedding is a concern for many Aussies. 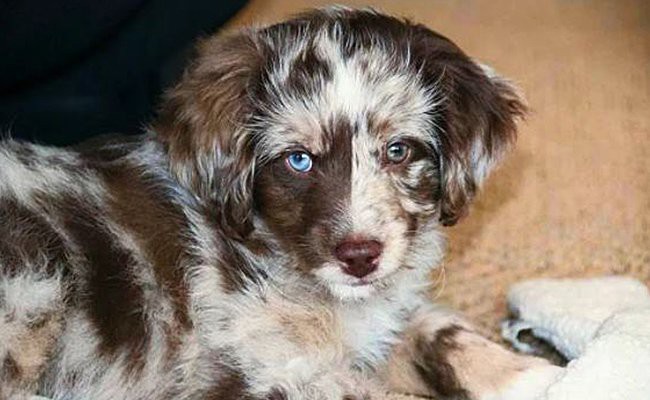 Aussie doodle is a hybrid dog, a cross Australian Shepherd breed with a Miniature or Toy Poodle. Other names are Toy Aussiedoodle, Miniature Aussie-Poo, and Toy Aussiepoo.

This cute miniature pooch will make an excellent family companion. These dogs are incredibly social, protective, outgoing, affectionate, and playful.

These dogs are occasional barkers and are also prone to separation anxiety when left alone for a long time. Both the parents are smart breeds; they are called the “Einstein” of the dog world.

American Presidents And Their First Dogs

The White House, The Official Residence Of All Sitting American Presidents Have Seen Many Pets. Check Out Some Of The Presidential Pets For History.
Read More
Back to Index

These dog breeds can have different patterns of fur. Some dogs have the Poodle’s curls, while others can have straight, long hair from its Australian Shepherd parent.

They are high maintenance dogs and require more effort in grooming. These dogs require the daily brushing of the coat. For dogs with a curly coat, one should clip their coat once every 8-12 weeks.

Their nails should be trimmed every fortnight. The pet owner must ensure that the ears are kept dry and clean to prevent all sorts of yeast and bacterial infections.

It is essential to brush the dog’s teeth daily for excellent fresh breath and overall good health.

F1B mixes will need more upkeep and maintenance since they are more likely to have curly fur. Dogs with curlier coats need more attention to keep mats untangled.

The best and effective method is to brush the dog using a metal pin brush on a day to day basis. 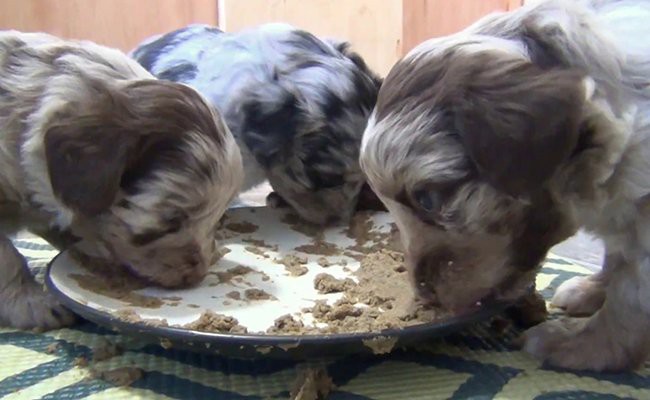 Some of the recommended foods

Best time to feed your Puppy

Avoid giving food after 5 pm since the dogs need some time to digest the food before hitting the sack.

First and foremost, the maintenance will directly depend on the pattern of fur the dog inherits. Because of the amount of molting, the dog’s coat may need a brush every alternative day.

Secondly, depending on the coat type, regular clipping may be needed every eight weeks.

These dogs are known for dental problems, and brushing their teeth habitually will show resistance to dental caries and other issues.

The puppies are first exposed to crate training when they are around six weeks old or so. The first thing involves spreading a puppy blanket inside the crate. Giving the puppy a blanket and crate definitely needs high maintenance.

Start crate training in the daylight and start at a slow pace. Let the puppy take time to settle down. Do not give the puppy the impression that the owners are ignoring your puppy.

Such feelings arise in puppies when the owner lets the puppy inside the crate and close the door immediately. Not to mention, the owner needs to train one thing at a time to the puppies.

Place your puppy in the crate. Wait in the room. Take a minute until your puppy is calm and quiet. After your puppy has accustomed to that routine, you can close the crate and walk away.

Make sure you do not use the crate to punish her. Let her associate the crate only with good things and not bad things.

Open the crate and throw a “bully stick.” Allow your dog to get the stick only. She is inside the crate. Cover the roof of the crate with a cloth or something. Dogs prefer to be inside something safe and protective.

At bedtime, set the crate in such a manner so that they can easily see you. If not, they will feel lonely and cry. We suggest you remove your puppy’s collar before they enter the crate keeping your puppy’s safety in mind.

What Fruits Can Dogs Eat? Nutritious Benefits Of Fruits [+ Infographic]

What Fruits Can Dogs Eat? Check Out The Nutritious Benefits Of Different Fruits Which you Can Feed To Your Dogs In The Moderate And Cautious Amount.
Read More
Back to Index 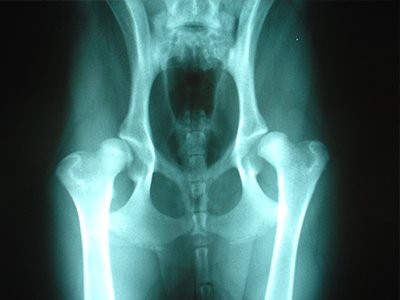 This condition prevails where there is an abnormal growth of the socket in the hip. Not to mention, in very severe cases, arthritis of joints and lameness are common.

Moreover, Hip Dysplasia is aggravated due to environmental and genetic conditions. It is possible to detect it by x-ray examination. 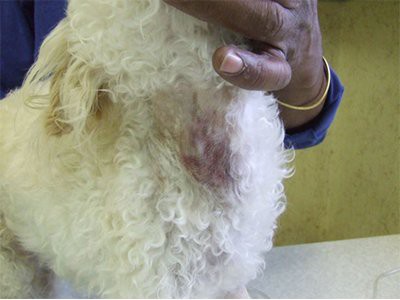 Middle-aged dogs suffer from Cushing’s disease due to a tumor in either the abdominal adrenal glands or the brain’s pituitary glands.

Due to the excess production of cortisol, the dogs acquire new physical traits and conditions, such as skin pigmentation, hair loss, increases appetite, exercise intolerance, and weight gain. 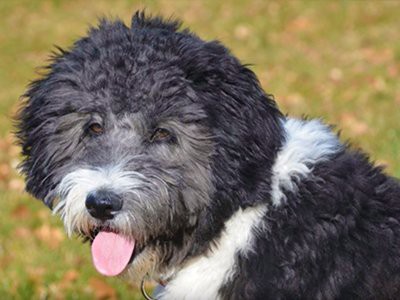 Epilepsy is the alterations or convulsions affecting a dog’s consciousness. This disease is seen in dogs at the age of six.

However, affected dogs might undergo seizures, which indeed is very heart wrenching and challenging to witness. In many cases, dogs lead near-normal lives with sporadic seizure activity. 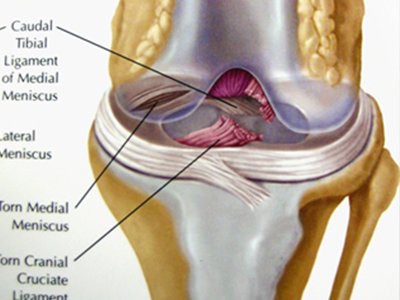 The loss of strength in the dog’s knee joint leads to a ligament problem. In reality, degeneration of ligaments occurs due to awkward landing and jumping. A long-term solution is possible with corrective surgery. 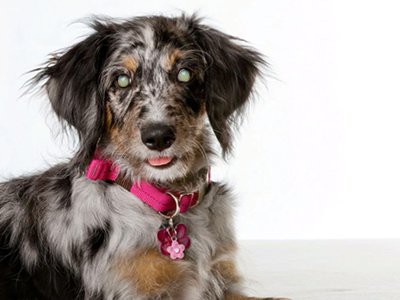 Atrophy is a genetic condition that can be traced back to both its parents. Therefore, all adult dogs should be compulsorily tested for gene carrier status. 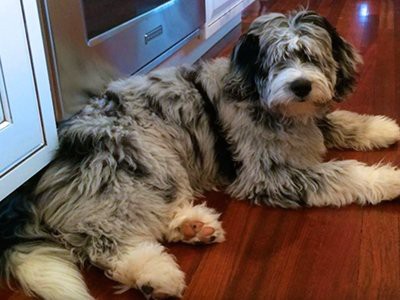 The digestive organ’s inflammation and can cause severe complications, including vomiting, abdominal pain, etc. In reality, this problem may result due to certain medications, trauma, or high-fat food.

Overall, this condition appears more frequent in overweight dogs. The treatment consists of feeding the dog with a low-fat diet and carrying out intravenous fluid therapy. 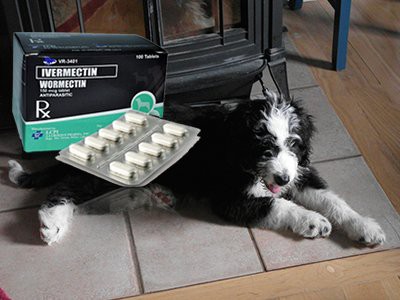 The Australian Shepherd suffers from a defective mechanism that stops the flow of medications, particularly to the brain and spinal cord.

For this reason, it must be checked by carrying out blood tests before administering Ivermectin.

The average price is somewhere between USD 1500 and USD 5000. You should always be ready to pay a hefty price for puppies bought from reputable breeders.

Top range puppies are priced between $ 2500 and USD 10,000 with reputable pedigree and top breed lines.