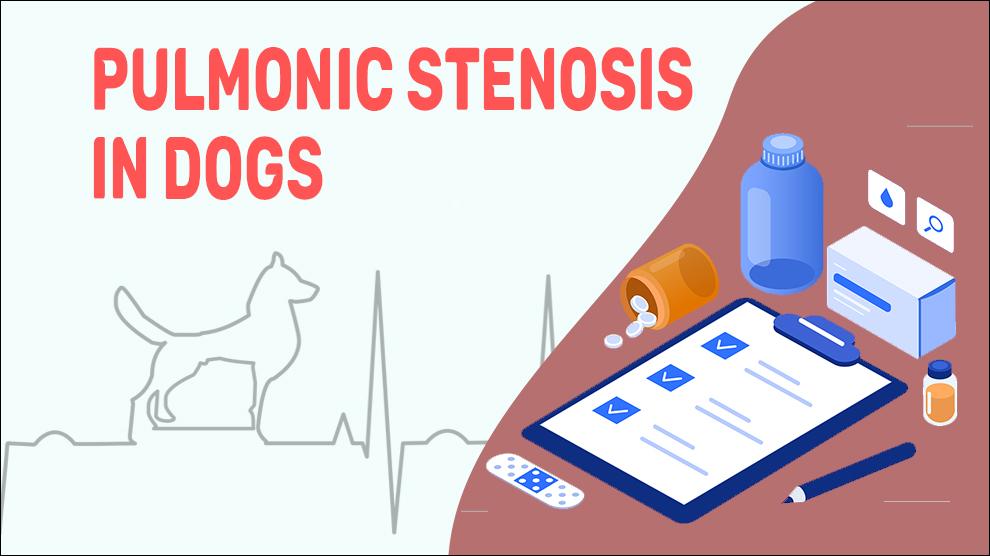 What Is Pulmonic Stenosis In Dogs?

Pulmonic stenosis (PS) is caused by congenital narrowing of the pulmonic outflow tract; supravalvular tissues, or subpulmonic region or it is due to a poorly formed pulmonic valve (valvular stenosis). This leads to a narrowing of the area causing restriction of flow from the right ventricle into the pulmonary artery- the artery that enters the lungs. PS is the third most common reported congenital cardiac defect.

Most commonly, pulmonic stenosis arises due to defects in the three-leafed pulmonic valve itself. This non-inflammatory progressive worsening is called "Valve dysplasia". This is said to be a result of a congenital deformity of the valve in which the leaflets that encompass it are thickened or too fused along the valvular commissures.

There is a rare form of pulmonic stenosis that is caused by a narrow ring of tissue around the valve and this is called annular "hypoplasia”. When the pulmonary artery just above the valve is narrower in one spot than it should be, then the rare form of the disease occurs. This is called "supravalvular stenosis. "There is an even rarer version of this narrowing due to the formation of a circumferential band of muscular or fibrous tissue just beneath the valve. It's called "subvalvular stenosis."

Regardless of the relative significance of PS, the pathogenesis of untreated PS in dogs is not properly documented. And how most Dogs with moderate PS tolerate the defect relatively well for many years is not yet understood properly.

Symptoms Of Pulmonic Stenosis In Dogs

Balloon valvuloplasty: This is a minimally-invasive interventional technique useful when valves are thin, fused, and annular hypoplasia is not present. Through a small incision in the neck or groin, a catheter will be placed through the jugular vein and it is guided to the pulmonary valve.

The exact location and severity of the defect will be determined by performing a Fluoroscopy (live x-ray). A balloon is positioned at the site of the pulmonic valve, used to inflate the area to make the blood flow freely, and will be finally removed. The procedure has a good success rate with recurrence also reported in a small percentage of cases.

How To Prevent Pulmonic Stenosis In Dogs?

There are no dependable methods to prevent pulmonic stenosis in dogs, particularly since it is hereditary. It is better to weed out the affected dogs when breeders think about breeding or check the roots before you get a dog from a susceptible lineage.

Causes And Diagnosis For Pulmonic Stenosis In Dogs

The severity of the obstruction usually determines the consequences of PS. Pressure overload of the right ventricle is the cause of major clinical manifestations. Almost 30% of dogs with severe stenosis develop clinical signs. In severe instances, pulmonary stenosis can cause sudden death.

The prognosis for recovery from PS surgery is excellent, with most dogs recovering completely after suitable treatment.

Severe PS-affected dogs will also have other concurrent defects of the heart that affects the outcome of treatment. Dogs that are severely affected will start to manifest symptoms within the first year of life.

When To See A Vet For Pulmonic Stenosis In Dogs?

Time to visit the vet clinic for an examination, if you notice any of the following:

Pulmonic stenosis in dogs is a non-inflammatory, progressive disease that affects the dog’s overall health and can cause problems in its daily life. The prognosis for PS in dogs depends on its severity and the promptness of treatment. In general, dogs that undergo surgical repair for pulmonic stenosis survival rate is good.