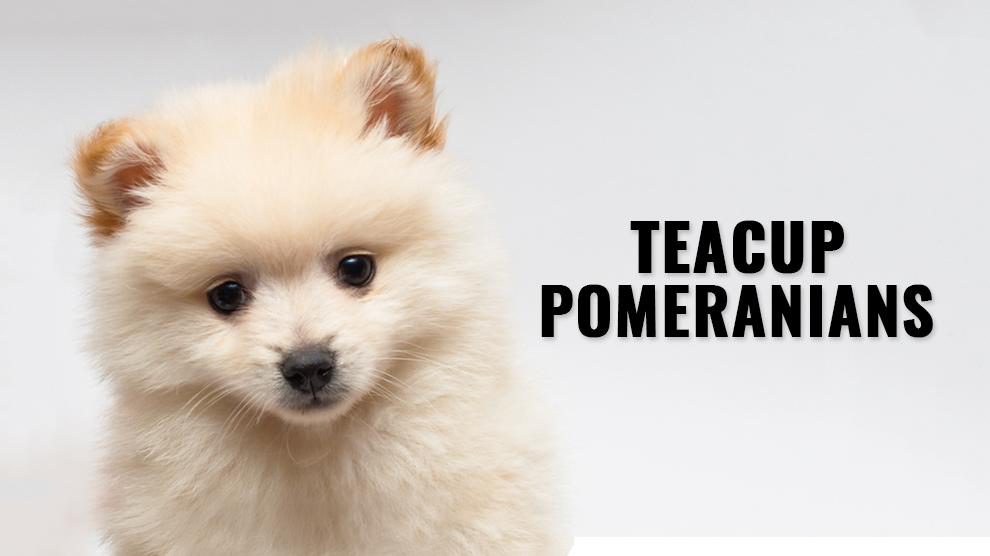 Teacup Pomeranians are stunningly cute looking pets. The colors, personality, and size of the dog captivate the attention of dog lovers around the world.

A small adorable dog with a lovable temperament, Teacup Pomeranians are agile, playful and ready to compete in agility.

The breed’s character, activity range, and grooming requirements remain the deciding factor in selecting this breed.

The unusual amount of companionship and love you will receive from these dogs is a testimony to the fact that teacup or small dog breeds are not pushovers. 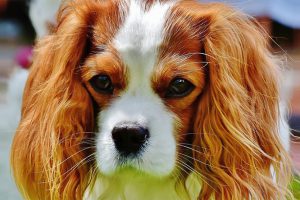 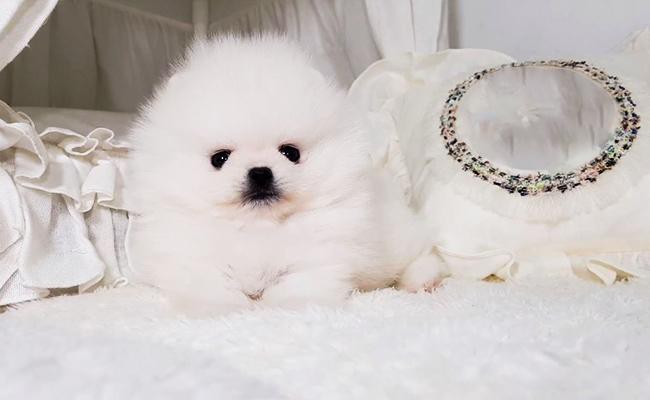 Many people assume that Pomerania, a historic place between Poland and Germany, is the origin of Teacup Pomeranian. Well, that’s not true.

Over time, Teacup Pomeranians have remained one of the preferred dog breeds of the royal families. 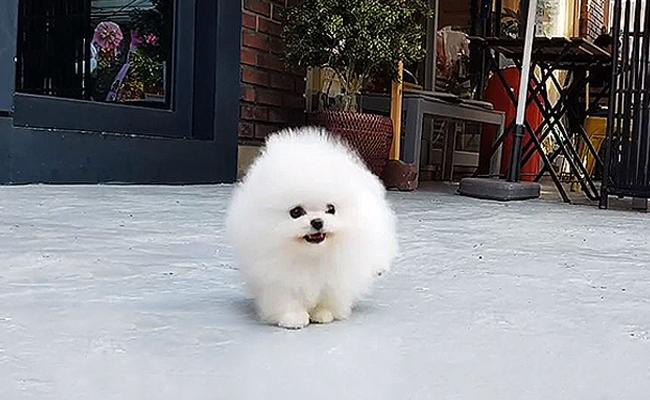 The Teacup Pomerians are available in a different color depending on the breed ancestry. They come in-

That’s a hell lot of colors!

The color mixing and pattern of the Teacup Pomeranian’s coat depends on their ancestry or genetics.

These are extremely cute and lovely.

Let’s take a learn about some of the exciting Teacup Pomeranian colors.

Some chocolate will look almost close to cream. These dogs are still considered as chocolates because of the dark brown pigmentation.

A black Pomeranian always consists of a solid black nose, paws, lips, and eye rims without any possibility of any secondary color.

If you find a Pomeranian in a lighter shade of black, they are called “Parti.”

It can range between light and white shades of brown. The variations guide one to make the change where it looks light brown.

When it turns light brown, some dog owners will confuse it with dark chocolate color. Pomeranians with deep cream have clear black pigmentation.

Sable teacup Pomeranians have a solid base where you can find the sable color in the guard hairs.

Different types of sables are there. This includes brown overcoat where guard hairs are cream and black sable with a light base overcoat.

The orange Teacup Poms can vary between light and dark shades of red.  You should understand that there is a very thin difference between orange and red colors.

These dogs are without any shades or marks on their coat. If any mark is present, this dog is categorized as a Cream Teacup Pomeranian only.

The orange-reddish puppy is a rare color and you must be lucky enough to own one. Most people will mix red with dark orange because of its appearance.

Poms, in general, have double coats. The hair appears more solid around the shoulders, neck, and chest.

Poms boast hair on its front legs, with their backs contains hair from the thighs all the way to the hocks.

When we talk of Teacup Pomeranian, this breed consists of thick layered body coat with a definite creamy texture.

The breed weighed around 20 lbs when it was discovered in the regions of the Arctic. Its coat was solid white, thick and heavy.

The breed consists of big round ears and pointy ears. Its tail which extends on the back appears fluffy and soft all over.

The head size varies from one Pomeranian to another.

There are, in fact, three different types of head shapes – 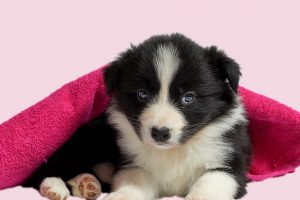 Border Collie Puppies – All Facts On The Energetic Dog

The average lifespan of a Teacup Pomeranian is between 12-16. These dogs tend to live long depending on the care and affection showered on it by their owners.

You should realize that maintaining your dog’s health is your life mission.

They are good with kids under supervision because smaller children can non-provokingly harm them.

Pomeranians, in fact, are known for their overly barking tendency. Being agile and territorial, they can bark and chase anything and everything.

These small dogs are brilliant enough to catch on to various things quickly. The Teacup Pomeranians are trainable by nature. Housebreaking can be easy with these dogs.

They can live in small as well as big houses with ease. Cold weather is not a big deal for them because they hail from the Arctics.

Teacup Pomeranians are extremely loyal and are always ready-to-do anything for their masters.

These breeds are quite willful and avoid being lap dogs as such. Every now and then, these dogs show that they have a mind of their own.

How to take care of Teacup Pomeranian At Home?

The size of this breed makes them delicate and fragile. If you are not careful, you can kill your dog if you step or sit on it accidentally.

Another important thing is that Teacup Pomeranians feel excited when they hear any terrifying sound or loud voices.

You should ensure that such things are not allowed.

If you love traveling or wish to be away for long hours, this small dog is not your ideal choice.

These dogs are highly social and will suffer from separation anxiety when left alone for a long period of time.

This condition can make your dog scratch the walls, scatter food, and chew up toys.

Every town or city has many dog-friendly restaurants and bars, so you can take your pet along with you.

If you prefer to leave your Teacup Pomeranian at home, arrange for all supplies and food when you are outside.

You can easily trace the roots of this to the Nordics. The double-coated Teacup Pomeranian keeps itself warm from these sub-zero temperatures.

The coat also protects it from getting overheated or sunburned in warmer climates.

Pomeranians have coats it can be damaged due to shaving and clipping. The hair can grow with a wiry nature when it is groomed too short.

If the coat is cut too short, then the Pomeranian can find it difficult to stay cool or normal during hot humid conditions.

Some Pomeranians can also suffer from post-clipping alopecia if they had been shaved too short.

Post-clipping alopecia represents a condition when the dog’s hair follicles become tender and get damaged.

In some cases, the hair growth fails to achieve normal levels at least for six months to one year.

Post-clipping alopecia can happen due to two important reasons-

Before you decide to go for a lion-cut, bear in mind that it can look ugly.

You should brush your dog at least for 20 mins daily to prevent hair matting. Using a slicker(curved back) brush, you can brush the dog by holding the hair in one hand while brushing with the other.

This technique prevents you from damaging the hair. Daily brushing will remove dead hair and will prevent matting.

You should find a certified professional groomer who has enough experience with Poms.

When a professional groomer handles your dog, you can be sure that post-clipping alopecia will not occur.

If you live in a place that consists of different distinct seasons, there is every possibility that your Pomeranian may shed in excess.

If your Teacup Pomeranian spends much time outside, this will also increase the amount of dead hair it will shed.

A huge amount of dead hair may fall within the coat.  To address this problem, you can use a slicker brush and reach down to the bottom of the skin.

How To Train Your Teacup Pomeranian?

The Pomeranian is actually a dog with a friendly personality. These affectionate dogs carry the energetic and gregarious character of their Spitz ancestors.

These dogs are very smart and behave well to positive, consistent training.

Poms require a plenty of socialization from a very early age to stop aggression and behavioral problems.

Without early socialization, Pomeranians can become aggressive and shy around strangers.

You should teach your Pomeranians to feel happy and confident. Dog sports classes or dog training classes such as agility provides a plethora of opportunities to make your dog even more social.

You can teach your Pomeranian basic commands-

Use treats to make your dog learn the necessary commands. You should begin nurturing your puppy’s response and understanding early in life.

You can build a rapport, for instance, the “Sit” command can be converted into a “Stay” if the dog holds the position for a longer duration.

Make sure your puppy understands and responds positively to each and every command.

Small dogs have only small-sized bladders, and in this scenario, potty training becomes all the more important.

Take your dog to the designated spot for every couple of hours. A young Teacup Pomeranian will want to relieve itself every now and then.

As and when your puppy responds positively, give reward and praise, then return indoors.

Contact your local Pomeranian Club or AKC  to gather details on finding unique training classes, only for small dog breeds.

Pomeranians, in general, have a strange tendency to bark at outside noises and strangers because of their eagerness to protect their master.

This trait can become a nuisance to you and your neighbor.

To avoid this problem, you should use “Quiet” command.  Once your dog starts barking, say the command “Quiet”.

Continue the training until your dog responds to your call positively.

Avoid early socialization or outside training until your puppy has completed all his immunization shots.

A plastic dog crate can give your dog the much-needed security. Crate training supplements house training in a big way.

Dogs, irrespective of their age, will avoid soiling if they have been taught to avoid it.

As an owner, you should confirm whether your pet is comfortable in their crate or not.  Provide them with a cozy blanket and tops to play with.

Always feed your dog in his crate and give access to clean drinking water. Use commands such as “Crate” or “Bed” to make them enter the crate. 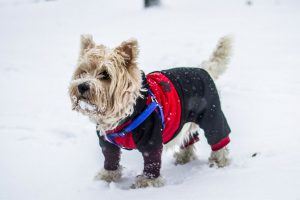 Understanding your dog’s feeding requirement will help you keep him in a healthy way.

These dogs are prone to obesity if not kept under supervision. You should always select the best dog food for your Pomeranian.

Feed Your Teacup Pomeranian only with quality foods

Feeding best dog food will make sure that your dog will not suffer from nutrition deficiency.

The exact quantity of dog food depends on your dog’s activity level, metabolism, and age.

Recommended daily amount is around ¼ cup to ½ cup served in two portions.

For puppies, you can give-

The diet of inactive, older, and pregnant Pomeranians will vary in quantity.

These dogs are known to burn calories much quicker than some of the other breeds. Pomeranians require food and high energy levels at regular intervals.

A growing Pomeranian should be fed at least three to four times daily.

Do not feed your dog just before he hits the sack.

Avoid feeding your dog with table scraps. You can include these ingredients-

The ideal combination of a balanced diet include

Foods you should avoid feeding your Teacup Pomeranian

Teacup Pomeranians are known to suffer from certain diseases.

Some of the other health concerns include

The lowest price one can expect is $500 USD and the maximum is $4500 USD. The price of a mixed breed is definitely lower compared than a purebred Pomeranian.

The color also decided the selling price of a Teacup Pomeranian.

Always be on the safer side and purchase a Teacup Pomeranian from reputable breeders only.

As per reports, the American Canine Club recommends any breeder to produce Poms in standard size only.

Never rush to buy a teacup Pomeranian from any breeder without proper papers and vaccination details.