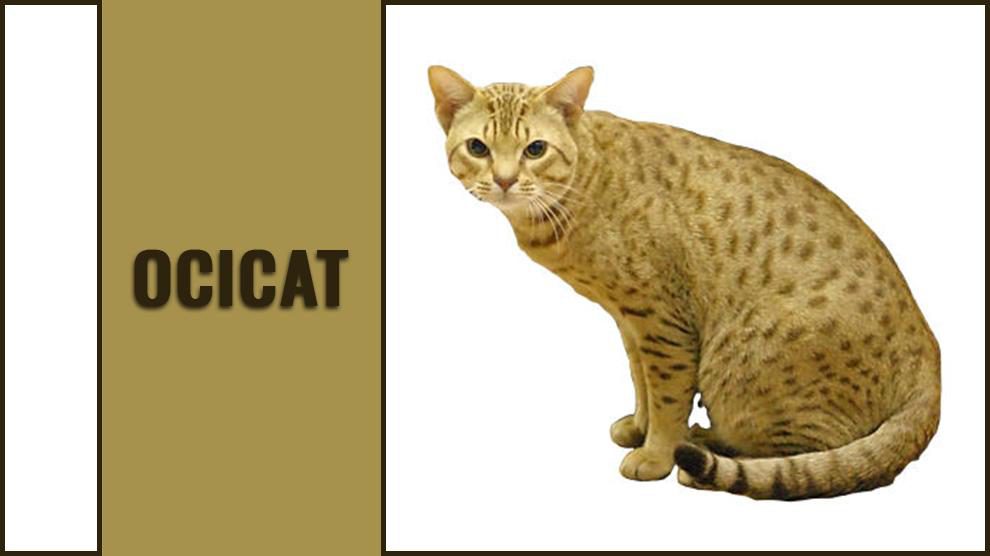 Are you looking forward to a spotted domestic cat? Ocicat may be the better choice for you!

Having large spots in its body, Ocicat will appear as a mix of domestic and wild cats. But, it never had the wild DNA other than it looks! And, it never failed to steal its owner’s heart.

This breed resulted in the interbreeding of Abyssinian, Siamese, and American Shorthair cat breeds. It is also the only domestic cat bred mainly to imitate the wild “ocelot.”

Larger than the average domestic cat, this cat breed is a well-muscled and active cat. Besides, it is adorable, gentle, and social, too.

This curious breed is devoted to humans and also gets along with other animals.

So, it proves to people who think that cats are independent and unfriendly. If you have this cat, you’re a fortunate owner!

This cat has a fascinating history, as well. And, it is available in more than ten pleasing colors. The right pet for your family, it is a low-maintenance cat, too!

Let’s know more about this beautiful breed in this article! 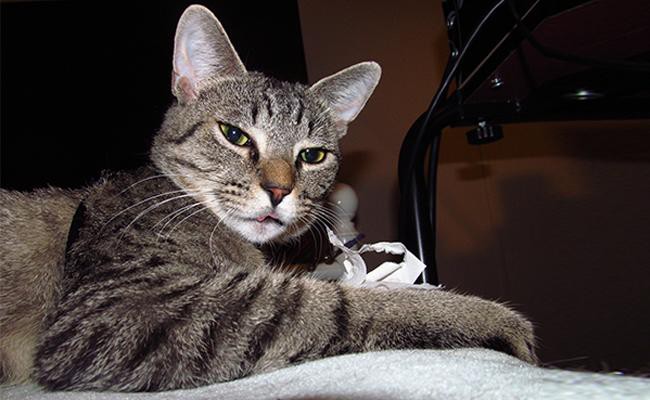 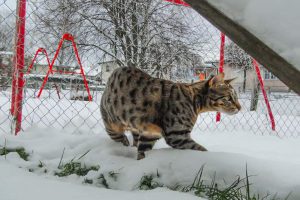 Savannah Cat Belongs to the Domestic Cat Breed and Has Spots All Over. Discover The Size, Color, And More Facts On The World’s Tallest Domestic Cat.
Read More
Back to Index

Ocicat has an interesting history!

The first Ocicat was born as an unexpected result of the experimental breeding between Abyssinian and Siamese cat breeds.

In 1964, Dr. Virginia Daly, a cat breeder, attempted to create a Siamese cat with Abyssinian points.

After repetitive breeding, she spotted an ivory-colored kitten with golden spots on it. The kitten was named “Tonga.”

But, Mrs. Daly nicknamed Tonga as “Ocicat” as the ivory kitten resembled the wild cat breed “Ocelot.” Later, Tonga was neutered and sold as a pet.

Then, with the interest of Dr. Clyde Keeler, renowned geneticist, Dr. Daly repeated the breeding in 1980 to produce more Ocicats! So, you can say that the Ocicat was initially born in 1980.

In 1965, it was publicized, and in 1966, the Cat Fanciers Association (CFA) recognized this breed. But, the CFA mistakenly named the parents of Ocicat as American shorthair and Abyssinian.

Later, it included the Siamese cat’s name but didn’t remove the American Shorthair from the parent’s list. This led to the silver color Ocicat.

After the rebirth of Ocicat in 1980, it got the provisional status from the CFA in 1986. A year later, it attained the Championship status. Now, you can see many Ocies in shows.

And it has been recognized by almost all cat registries today.

Ocicat is a robust and well-muscled breed with spots scattered over its body and also down the legs. Its almond-shaped eyes give an exciting expression. And it has large, pointed ears that are triangular at the top.

A wedge-shaped head, firm chin, and golden eyes have mascara-like markings. It has a broad, well-defined muzzle and a tight jaw. Its eyes come in several colors except for blue.

Ocicat has a short, smooth coat that gleams like satin. LikeOcelot, it has rows of spots right from the spine to the shoulder and the tail. The areas are large and look like thumbprints, resembling a bull’s eye pattern.

The coat color can also be a combination of silver and other colors resulted in blue silver, chocolate silver, cinnamon silver, ebony silver, fawn silver, and lavender silver.

Generally, the area around the eyes, chin, and lower jaw will have the lightest color. The tip of the tail will have the darkest color. You can see the distinctive markings from any orientation.

You can determine the correct color of an Ocicat by noticing the color at the tail’s tip. 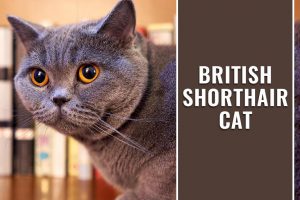 The British Shorthair Is An Affectionate, Easygoing Cat. It Enjoys Love And Care. Check Out The Size, Personality, Price, And Lifespan Of This Curious Cat.
Read More
Back to Index

It is a large cat than the average domestic cat with a solid, muscular body and medium-length legs. Generally, males are taller than females. Their height is between 9 and 11 inches.

Sporting an athletic appearance for females weigh should be around 6 to 9 pounds. And, for males, weight should be between 9 and 15 pounds.

Ocicat is a healthy one. But, it may inherit a few health issues due to genetic reasons. So, it has quite a short lifespan. This breed lives for about 10 to 15 years. 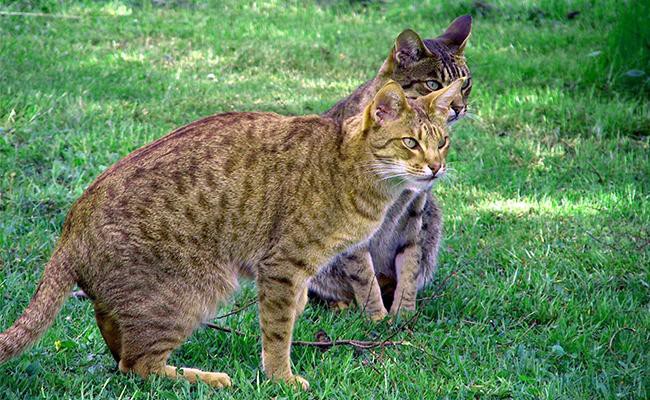 Ocicat may have the looks of a wild cat. But, it is a dedicated and affectionate cat to its owner. So, you can describe its temperament as “dog in a cat’s body.” This breed will steal your heart despite diversities in it.

Family Pet – This breed is friendly and is completely outgoing. It loves people and will greet the guests to your home. Also, it likes to sit in the visitor’s lap and play with him or her.

Therefore, this cat can serve well as a family pet in households where people pay more attention to it.

Social – This breed doesn’t like to be alone throughout the day! But, it can enjoy the company of cat-friendly dogs! So, raise the dogs along with your cat, and you can spend some time outside!

Adaptable – It adapts well to any environment and can be a great travel companion for you. It can also accompany you during your vacation.

Vocal – Ocicats will tell you their whole day activities when you return home in the evening. Yes, they are vocal like the Siamese parents, but they won’t bore you by giving a detailed explanation.

Tap dancer – It is a tap dancer like its Abyssinian ancestor. It will perform tap dances on the top of your bookcases. It entertains you well in this way!

Ocicat sheds minimal, and it has a short coat. It will keep itself clean. So, you can easily groom it!

But, it is recommended to provide a grooming experience for your tabby from a young age. It will pave the way for easy grooming during the adulthood of this cat. Now, let’s take a look at the basic rooming requirements of Ocicat!

You can efficiently train Ocicat because it loves the company of humans. But, you have to use positive training methods because it is sensitive. So, you shouldn’t be a harsh trainer to it!

Ocicat will also respond well to basic cat commands such as sit, come, speak, lie down, etc. It loves learning to walk on a leash and harness. You can also teach some dog-like tricks to this cat!

Reward-based training will also work better for it! You can provide treats such as lean deli meat, cooked chicken or turkey, boiled eggs, steamed broccoli, and mashed potatoes.

Ocicat is an intelligent, active, energetic breed and requires playtime and cuddles. It needs regular activities for its physical and mental health. So, you have to provide a lot of exercise to it!

Walking – This breed likes to go for walks. So, take it for a walk around the nearby area. It also loves to walk on a leash.

Puzzle toys – Provide puzzle toys to your Ocicat to keep them occupied. This activity will be challenging for it, and it resolves the puzzle with intelligence. So, it is a good activity for its mental health.

Ball fetching – This breed likes to play fetching. You can try this activity initially using a mouse toy. Laser pointers and wand toys will also be helpful when your tabby grows up. Although it is a vocal breed, Ocicat is sensitive to harsh verbal commands and can lose its trust toward its master.

Ocicat requires high-quality cat food to keep it in good physical condition. It doesn’t have a tendency to become obese. And, it will burn the calories by being active.

Most cat foods contain taurine, an essential amino acid, which helps for the heart, and good vision. So, if you are choosing foods for your tabby, ensure that taurine is present in those foods.

But, you should know how much to feed your tabby and when to feed it. You should also know what to provide and what not to feed your cat. This will prevent it from health issues.

The best way to choose this food is to read the ingredients. If meat is listed as the first ingredient, the food may be high quality and you can opt for it!

Cats like to have small food portions. So, divide the meals into two equally measured portions.

Maintain a regular feeding schedule for your cat. Follow the guidelines mentioned in the cat’s food package and divide the recommended daily feeding amount into half.

For example, if the suggested daily amount is 2/3 cup, feed your cat 1/3 cup of food in the morning and 1/3 cup in the evening.

Consult the vet if you are unsure about how much to feed your cat.

Provide clean, fresh water to it in well-cleaned stainless steel or ceramic bowl every day.

If you want to give it treats, ensure that treats won’t exceed 5% of your tabby’s daily calories. 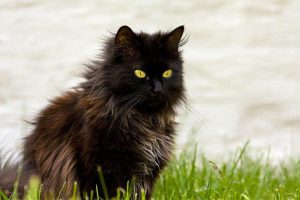 Want to name your Ocicat? Consider a few things before you find a name for it!

Appearance is the first thing to keep in mind while searching for names for it! For example, if your cat looks small, name it “Tiny.”

Personality is the next thing to consider. For the playful cats, the name “Tom” can be the best choice!

Coat colors are also a wonderful factor in finding names for your tabby. As Ocicats are available in more colors, you can find a lot of terms for it!

The name “cinnamon” can suit well for the cinnamon-colored cat. And, you can name the blue-colored cat as “Sapphire.”

Ocicats are also able to learn to respond to their names. So, you don’t need to worry if you aren’t able to finalize a name.

Have a list of chosen names and call your Ocicat with the terms. If it responds well to any name, consider it as the name for it!

Generally, Ocicat is a healthy breed. But, it may have genetic health issues. You can see some health problems in this cat due to inheritance.

Amyloidosis – A hereditary disease in which the “amyloid, an insoluble protein,” will get deposited in the liver or the kidneys. It leads to lesions, dysfunction, and finally, organ failure.

Hypertrophic cardiomyopathy (HCM) – Is the most common heart disease in cats. Hypertrophy of the heart muscle will become thicken when this health condition occurs.An echocardiogram can confirm this disease.

Pyruvate kinase – It is a regulatory enzyme that plays a crucial role in red blood cells’ energy metabolism. When this health condition occurs, deficiency in this enzyme can develop anemia.

Periodontal disease – Both the Siamese and Abyssinian cats are prone to this disease. So, the Ocicat can have this disease genetically.

The other varieties of this cat cost $530, including tax. You can get them neutered and spayed Ocicats from $106 to $318, depending on their age.

Ocicat Breeders in the United States of America