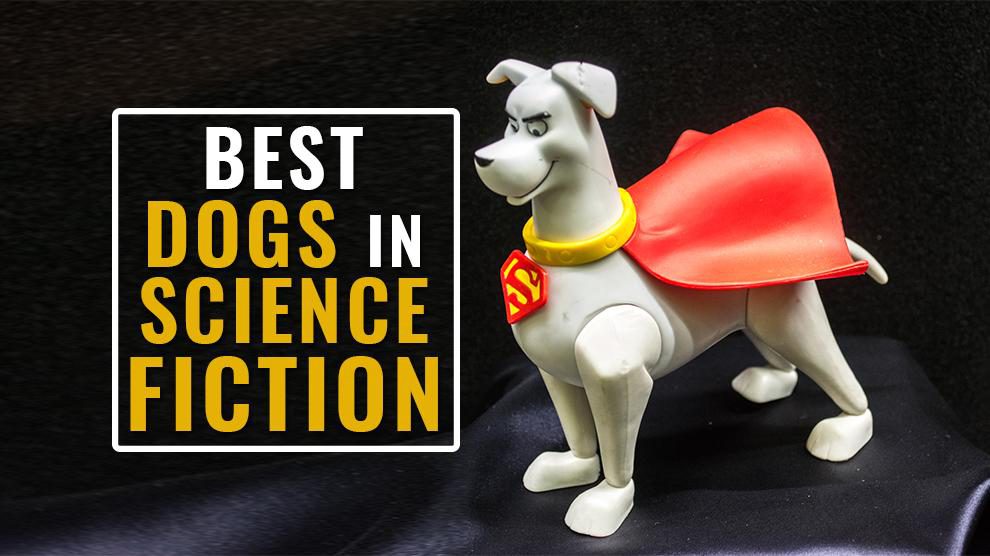 It’s time now to celebrate all our canine friends… Secretly everyone knows their doggy is the best. Every dog is a Good Dog!

That’s why even when science fiction writers’ gaze to the stars and beyond, they can’t help but incorporate man’s best friend in that cluster, too.

Science fiction dogs can make a weird book slightly more humane, a bad show good and generally help us deem a fictional world might actually have a little love in it.

But, we won’t be ranking these dogs — is that even possible?

Don’t see your favorite here? Tell us who deserves to make the list in the comments. All dogs are up for consideration. 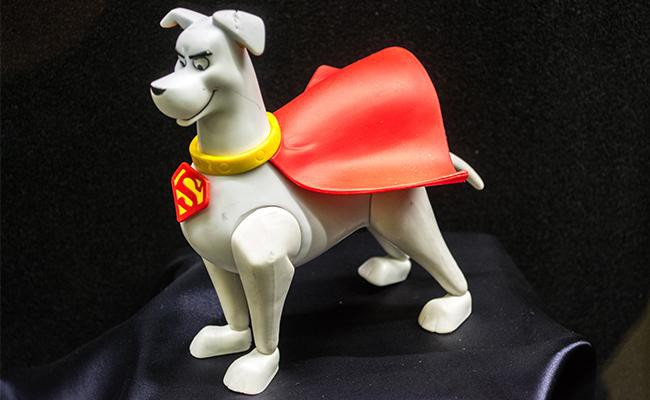 Superman’s superheroic sidekick is as easy as a pie in this list. Is there any better, laudable elucidation of a dog? Man of steel’s dog is a no-brainer… none of his peers can match the sheer awesomeness of Krypto.

A red-caped crusader dog, airborne to mete out justice to deserving baddies… Seemingly, police, search and rescue dogs can never achieve this level of heroism.

Krypto, the champion of sci-fi dogs would effortlessly win Kryptonian Crufts each and every year if they had that competition of course.

While Kal-El was initially believed to be the only survivor of the doomed planet Krypton, he’s been accompanied over the years by a lot of other Krypton refugees, but the least expected Kryptonian of them all is easily Krypto the Super Dog!

He was used a test subject by Jor-El for an archetype rocket bassinet and with Kal-El inside, he was sent to Earth.

Unfortunately, Krypto got lost in space due to spacecraft malfunction and landed in a suburban neighborhood outside Metropolis.

Once he returned to Clark Kent’s side many years later, he has foiled bad guys together with Superman and joined both the Space Canine Patrol Agents and Legion of Super-Pets.

Though there have been various iterations of Krypto, his powers are generally the same as the potential powers of an average Kryptonian: solar energy absorption, heat vision, flight, highly-invulnerable to extreme energy, x-ray vision, super-hearing, etc.

In addition, it wouldn’t surprise me if he even scoops his own poop! 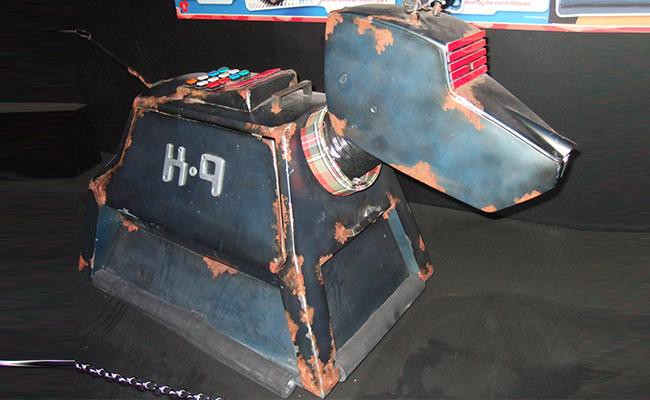 We’ve seen many versions of Time Lord’s awesome robot dog-K-9 over the years.

This ‘Doctor Who’s’ robot companion not only shows up on the TARDIS, he was also on The Sarah Jane Adventures.

He even has his own TV show in Australia and starred in his own series of books, sans The Doctor.

In his eponymous show, K-9 travels to 2050 where the k-9, some mad scientists and few teenagers battle a dystopian governmental agency, “The Department” and protect the world from alien invasions.

Other than saying “affirmative” all the time in a high-pitched voice, he can also laser-blast stuff with his nose, and occasionally fly!

It’ll take some time for any other super-dog to beat this robotic mutt. 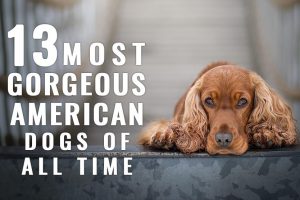 13 Most Gorgeous American Dogs Of All Time

There Are Many AKC Registered Dog Breeds Developed From America. With Every American Dog Breed, There Is An Interesting Heritage And History. Check Out.
Read More
Back to Index 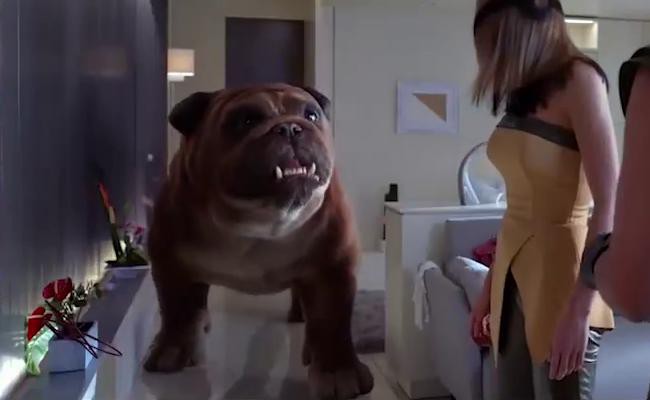 Lockjaw originally a humanoid transformed into a gigantic dog by exposure to the mutagenic terrigen mists in the Marvel Inhumans series.

Weirdly, regardless of his origins as a sapient being, Lockjaw seems to prefer being a dog and in no hurry to be transformed back. He’s probably the best thing in the terrible ABC television version of the franchise.

Lockjaw resembles a bulldog. He is telepathic, capable of teleportation (as far as 240,000 miles), super dog strength to support 3,600 pounds on his back and has physical toughness to dig through ferro-concrete with his paws.

He leaves his cozy life as a royal pet and gathers a team of super-powered animals (including Thorg, the Thor Frog and sabertooth tiger).

After many adventures that include getting swallowed by a whale and stranding Thanos in an alternate dimension — Lockjaw and his team find all the Infinity Gems and are able to give them to Mr. Fantastic.

Ultimately, Lockjaw becomes the leader of The Pet Avengers.

Muffet is one of the most bizarre dog type creatures to appear in sci-fi that is exclusive to the original 1978 frakking sci-fi franchise Battlestar Galactica.

He kinda looks like a mishap from Brundle Laboratories, where a dog and some kitchen utensils went through the teleport pods together.

Everything got an odd name in Battlestar Galactica; yaren (year), microns (microns), daggits (dogs). When cyclons killed little Boxy’s daggit, the Galactican scientists still know what to do!

While they were picking up the traces of their wiped out civilization, they have plenty of time to make a robot dog.  In honor of the now-dead Muffit I, Galactica’s scientist Dr. Wilker created Muffit II.

Nothing like a real dog, the robot Muffit typically gets the Colonial warriors and their friends into a variety of kinds of troubles.

The original Muffit’s breed looks to be some kinda Sheep Dog, while the robotic version was actually played by a chimpanzee named Evolution. 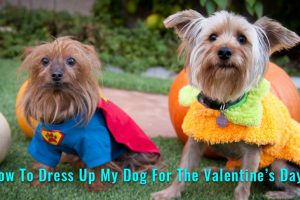 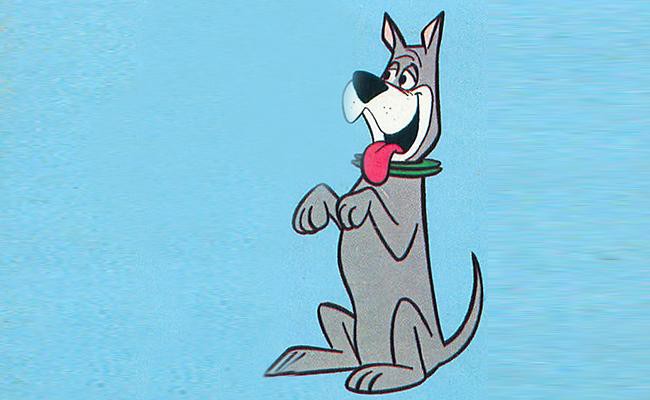 Gifted with the knack of faux-speech, Astro is a Great Dane from the Hanna-Barbera cartoon Jetsons and might be one of the more advanced dogs on this list.

He had a rudimentary grasp of the English language, though with r’s in many places they shouldn’t be or replacing other letters… For instance, “I love you, George” would be “I ruv roo, Reorge”.

Sure, he appears to be dim-witted, but, maybe he’s just maneuvering George and the other members of the Jetson family for his own purposes while scheming with Rosie the Robot to obliterate the whole family.

Besides, how did Astro gain his bizarre, almost Scooby-Doo take off speech powers? Perhaps, it’s from all the radiation that exists in the stratosphere-kissing apartment complexes? These questions were left for our presumption. 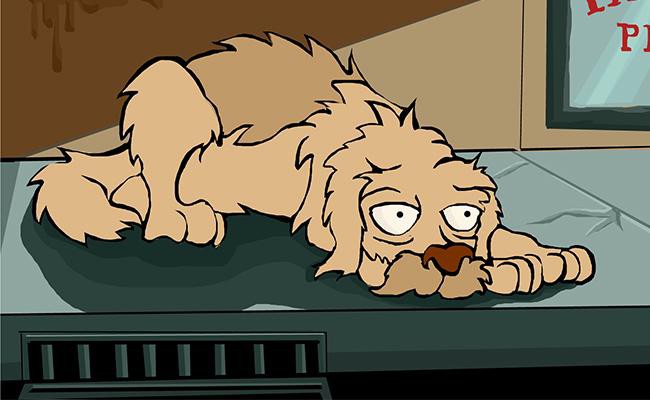 Futurama fans may remember the poignant story of Seymour, the stray dog befriended by Fry before being frozen in a cryogenic chamber.

Fry actually finds his beloved dog’s remains in the future but declines an offer to revive the dog’s fast-fossilized body once he realizes Seymour lived for 12 years after Fry left.

His dearly loved companion must have lived a full life after him, Fry reasons, and possibly forgot all about the brief time they had together.

We find out the truth later on: the poor dog had spent those 12 years ever faithful, waiting for the return of his master, as the world around him changed and, in due course, he died in front of the abandoned pizza shop.

The story was so overwhelming that the Futurama writers could not resist themselves to write a follow-up. In which, Fry sends the version of himself back to the past so that Seymour may well live out his days with the so obviously deserved love and attention.

We can all agree that Captain Jonathan Archer’s beloved Beagle Porthos is the real star of Enterprise.

Named after one of the Three Musketeers from Dumas’ classic novel, he’s always down for exploits and he is also quite the watchdog- barking at looming spatial anomalies and hiding Sulibans.

Porthos also featured in J.J. Abrams’ 2009 Trek reboot, in which Scotty confessed to having lost the cherished Beagle to the depths of space. Fans can only wish he ended up somewhere nice.

Courage From Courage The Cowardly Dog 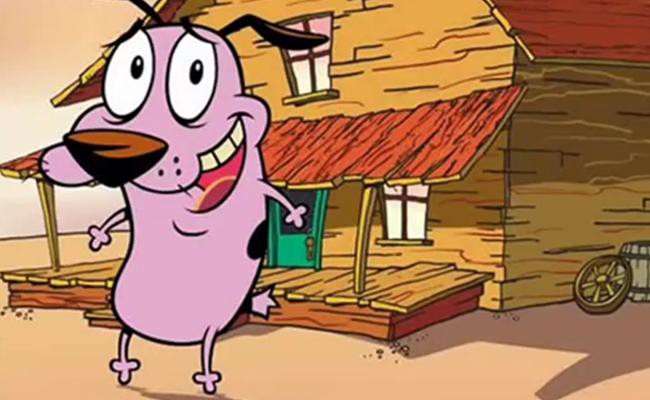 ‘Courage the Cowardly Dog’– The animated show that scarred a generation starred the titular Courage- a pink, paranoid mutt forced to protect his mistress Muriel Bagge from the creepy goings-on in ‘pets of tomorrow vet clinic’ in ‘Nowhere town’, Kansas.

He was an extremely gutless and nervous dog, easily scared by almost anything. However, when his owners or friends are in the face of danger, nothing would stop him to save them.

Courage always finds a way through even the strangest situations. When all’s said and done, all he wants is to crouch on Muriel’s lap for a hard-earned nap.

What would the Cowboy Bebop team do (particularly Edward) without this super-intelligent data dog?

This Pembroke Welsh corgi has all the attraction of a pooch and his intelligence was greatly enhanced by a research facility making him a “data dog”. He’s the best of all worlds.

Given the dog’s highly intellectual nature, the name “Ein” is perhaps short for “Einstein”.

We were happy to see that Bebop gave Ein many of charming corgi qualities, run off on his own when he was able to get free and having him snap at strangers. For sure, he didn’t lose the X factor.

Ein may have an (extremely enhanced) mind of his own, but he still loves some belly rubs at the end of the day. 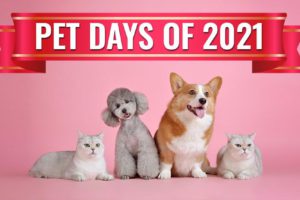 Pet Holidays 2021 – Celebrate Your Pet Throughout The Year

Pet Holidays Are Special Days To Celebrate Our Furry Friends. Check Out The List Of All Pet Days Of 2021 Including Pet Awareness Days To Save Your Time.
Read More
Back to Index 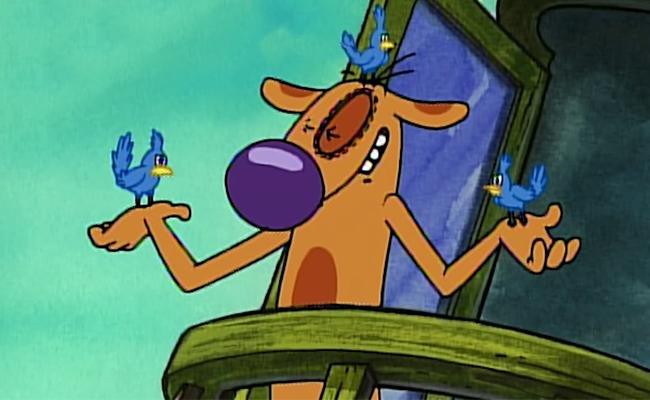 A dog from cat dog seized one of the final slots for this list. While there are several fantastic dogs in the genre, this marigold dog makes the cut simply because it was wildly inappropriate and was a little creepy.

As the less classically intelligent but friendlier of the CatDog blend, Dog actually personifies what it means to be a dog: he’s just here to have a good time. HI HO DIGGETY!

Of course, there are plenty of other dogs in speculative fiction.

Honorable mentions must go to: