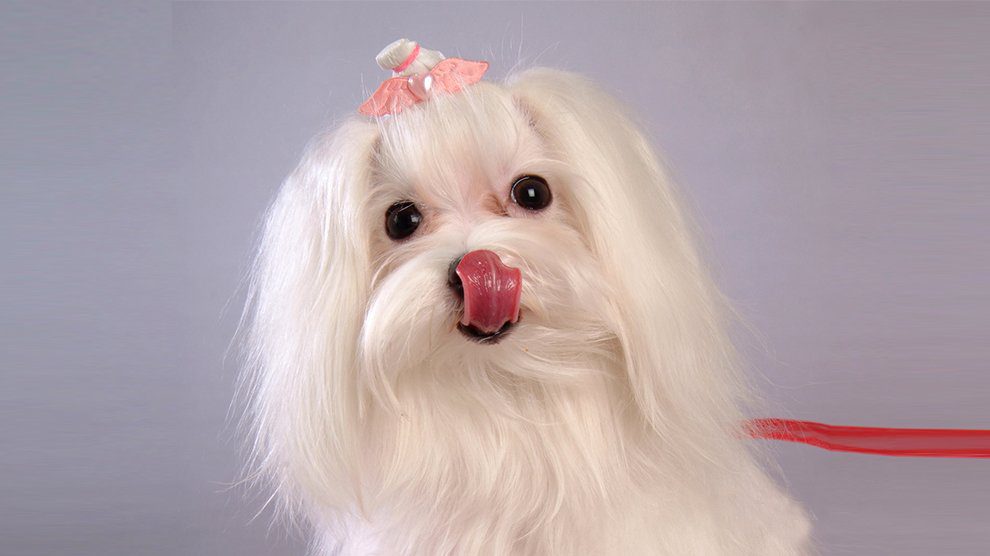 Maltese dog breed comes under the small dogs breed of toy group. They originate from Malta, an island in the Central Mediterranean area. It is a recognized breed dog by the AKC in the United States of America and also is a great household pet. These dogs also perform well as show dogs in the USA. Maltese Puppy enjoys great popularity in the United Kingdom also. 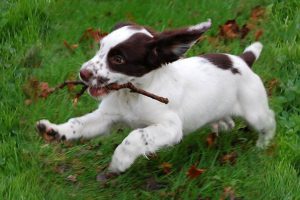 There is only one kind of Maltese dog in terms of the breed. At the same time, with respect to size, Maltese dogs comprise various types. In addition, Maltese puppies belong to the family of Bichon dog breed.

Bichon Frises are long-haired dogs with a pure white coat. An adult Frise weighs between 12 to 18 pounds and the height is between 9 to 12 inches.

Field experts recommend that these dogs must be brushed routinely and certainly be groomed well. These dogs may survive until 14 years.

Havanese dogs are double-coated and they carry a thick undercoat with a curly and fluffy outer coat. They appear mostly in colors like blue, black, white or cream.

This crossbred national dog of Cuba weighs around 7 to 13 pounds and its height is 7 to 12 inches. On average, the lifespan of a Havanese is between 12 to 15 years.

Bichon Bolognese appears with a slightly curly, solid white coat. However, male dogs are a bit heavier when compared to females.

The weight of the Bolognese dog breed mostly ranges between 4 1/2 and 9 pounds.  Generally, the longevity of a Bolognese dog is 14 years.

Lowchen is a dog breed that has long hair. It does shed but rarely. Its average body weight is between 12 pounds to 18 pounds while its height is 12 inches to 14 inches.

Lowchens come in a variety of colors including black, tan, white and gold.  They live on average, between 13 to 16 years.

Coton de Tulear dogs have the characteristics of friendliness, outgoing with the society and highly affectionate. When seen as a fully grown adult, Colon de Tulear is between 10 and 12 inches tall and weighs 12 to 15 pounds.

Cotons have fluffy, cotton-like coats that can be in white, black and mixed colors. These dogs can live on an average of 14 to 16 years

Are you looking for a mixed breed of the lovely, wonderful, white-coated Maltese dog? You will get plenty.

The adorable, popular, gentle Maltese dog has been a popular dog for many years. But, the mixed breeds of Maltese are much popular these days. The friendly and extremely alert Pomeranians

Let’s look at a few popular mixed breeds of Maltese.

Generally, the average lifespan of a Maltese dog breed is 12 to 15 years. The statement is applicable only when it is not affected by diseases and dies a natural death.

To be specific, what we mean is if a Maltese dog dies of aging process-related illness or some dysfunction.

Furthermore, the possibility that Maltese dogs can live a longer life than the mentioned age range must be considered. Usually, Maltese dogs live up to a maximum of 15 years.

Additionally, female dogs normally are known to live at least a year more than its male counterpart. 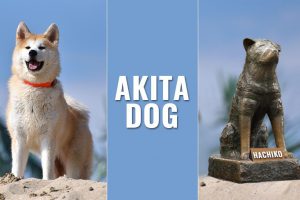 Akita Is A Very Ancient Dog, Bred In The 17th Century In Northern Japan. Check Out All About Akita Puppy – Size, Lifespan, Health Issues & Much More.
Read More
Back to Index 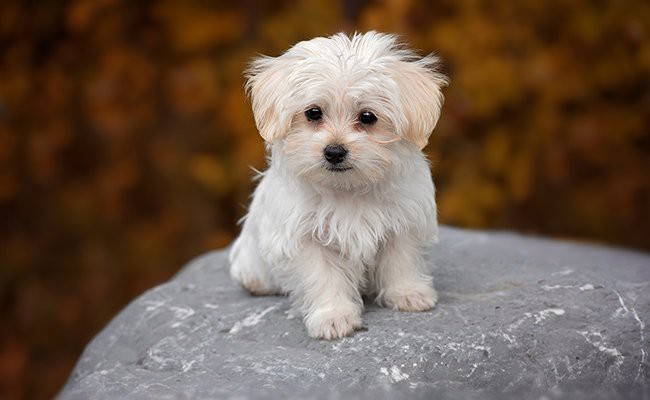 The weight of both a male and female Maltese puppy is normally between 6.6 lbs to 8.8 lbs.  According to AKC (American Kennel Club), dogs weighing lesser than 6.8 lbs come under the toy dog breed.  The ideal or standard breed weight for an adult Maltese is 3 lbs to 8 lbs.

The height of a male Maltese puppy is usually in the 21 to 25 cm range. The female puppy is 20 to 23 cm in height. Some Maltese dogs can be slightly taller than normal size wherein the possible height could be around 28 cm. 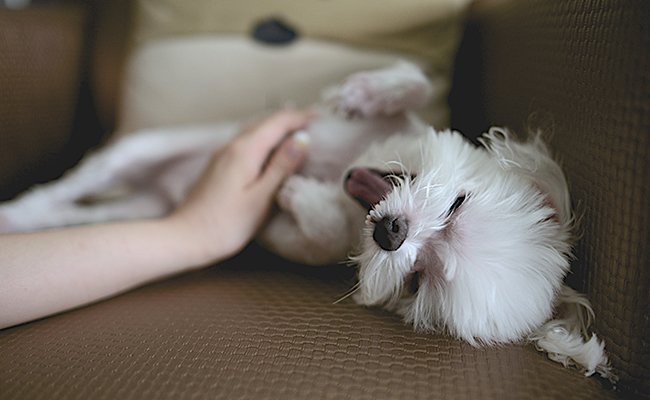 Maltese puppies display high energy levels and they are quite playful by nature. One of the gentlest dogs from amongst various dog breeds, it is extremely affectionate to its owner. It is an attention-seeking dog. It is great with kids and elders

Another important point, the Maltese cannot remain lonely and could be affected by problems like separation anxiety. The stated condition will induce this dog breed to bark and chew the things lying around at home. These dogs exhibit the trait of stubbornness sometimes.

Owners of Maltese dogs must give healthy food, proper exercise and preventive care for their dog.

If you maintain your dog in a healthy and happy state, it will result in mutual benefit.

The Maltese dog must be taken for periodic health checkups to ensure that it does not suffer from any illness.

Monitor your dog closely to find out about the presence of allergies, check out its appetite, weight and looks for noticeable changes, if any.

The presence of such problems will require you to take the dog to a veterinarian for treatment.

There are different kinds of training given to a Maltese puppy such as obedience training, potty training, socialization training etc.

Whatever be the case, the Maltese puppies respond well to positive training methods coupled with rewards and encouragement.

The trainer must be a very firm and consistent person so as to extract the best out of this dog. It is essential that the dog is given socialization training at a very early age because it is aggressive by nature.

However, it must be understood that applying excessive pressure on the dog while training will also trigger that kind of unpleasant or rude behavior in the dog.

Foods that a Maltese dog eats

Dogs Names For Your Maltese Puppies

Other diseases that can happen for a Maltese dog comprise corneal ulcer, liver shunt, and congenital deafness.

Maltese dogs suffer from diseases such as:

Other causal factors are:

Based on the nature or stage of the hypoglycemia disease and its cause, treatment varies accordingly. 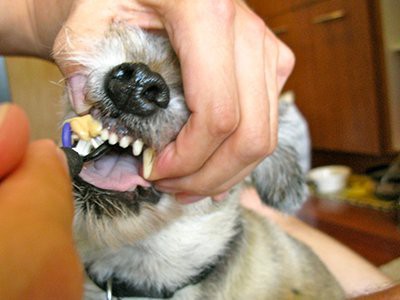 Maltese puppies can suffer from periodontal disease when its plaque and tartar buildup remain unattended or untreated. Loose teeth or gum inflammation also affect these dogs.

Recommendations like regular brushing of teeth and dental checkup should be followed for the avoidance of teeth-related issues.

Maltese dogs commonly suffer from a luxating patella where its kneecap moves out of the socket. Mostly, the disease causes a painful injury and calls for surgical treatment.

A tracheal collapse will narrow its windpipe.

Based on the nature of symptoms of tracheal collapse disease, treatment will be given.

Maltese dogs with mild to medium signs of the disease can be treated by:

If Maltese puppies suffer from advanced-stage tracheal collapse, they could be necessitated to undergo surgery. 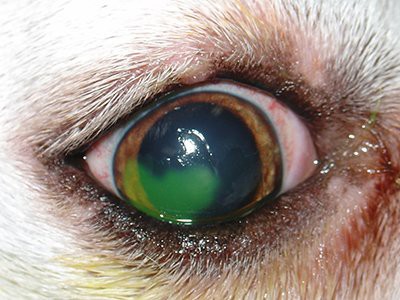 Causes of corneal ulcer in dogs are:

Corneal abrasions are generally treated with antibiotic medicines and drops for a quick heal within 3 to 5 days.

Mostly, veterinarians recommend the appropriate surgery as the treatment for healing the corneal ulcer problem caused by the injury.

Surgery could be called for either eliminating the dead corneal tissue or induct a corneal graft.

Maltese puppies suffer from Liver shunt, a congenital disease that occurs even before its birth.

However, Maltese puppies still survive because of its mom’s liver that does the job of filtering the fetus’s blood.

The stage of liver shunt disease that a puppy presently lives, will determine the treatment method.

Maltese puppies with minor liver shunt problems are generally prescribed to lower the protein level in their diet.

Concerning medium and severe liver shunt cases, surgery by a highly experienced surgeon will be sought.

The need for emphasis arises because of the risk in litigating the blood vessels, which hinders normal blood flow.

Maltese puppies, just like few other dog breeds suffer from congenital deafness disease. Until now, a permanent cure remains to be unachieved.

Dogs with white pigmentation are largely noted to be inflicted by congenital deafness.

The permanent cure remains to be elusive for congenital deafness. The disease can be regulated to some extent in the Maltese dog through medication and regular checkups during pregnancy.

Owners/trainers can use a vibrating collar that can be helpful while training their dog if required.

They could collect information about related training classes, which could help them and their dog to learn hand signals. 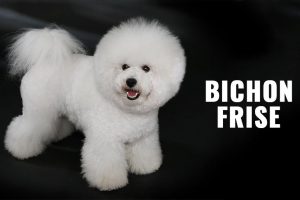 Bichon Frise Is One Of The Most Delightful And Friendliest Dog Breed And Is Of French Origin. Check Out The Size, Lifespan, Price,Temperament, And More.
Read More
Back to Index

The fixation of price of Maltese puppies depends on various factors, such as:

In the USA, Maltese puppies come at a price tag of between $700 and $3000. Furthermore, premium quality Maltese puppies can be available from $4000 and go upwards till $10000 or maybe even more.

In the United Kingdom, a Maltese puppy is available in a price range starting from £500 up to £2500.

Maltese Puppy Breeders in the USA

Maltese Puppy Breeders in the UK