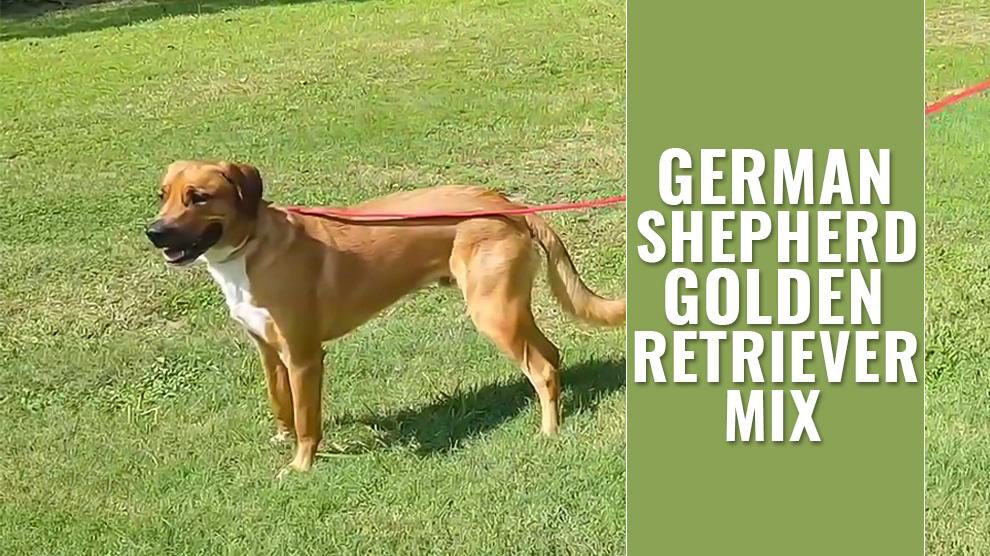 The aristocratic German Shepherd Golden Retriever Mix is an intelligent and proud dog with a golden heart.

This cross between the loyal and elegant German Shepherd and an active Golden Retriever is in huge demand amongst dog lovers who dreamed of having the best of both breeds.

This outcome of the two most famous breeds is becoming popular these days. This most beautiful mix is an active, affectionate, loyal, and easy to please family companion.

The breeders are trying to spot the pros and cons of parentage and develop a breed with more positive characteristics and traits.

Both dog breeds are active, athletic, and affectionate dogs that make adorable pets and are popular for a reason.

They even consider the German Shepherd colors like white, brown, black and fawn.

What is a German Shepherd Golden Retriever Mix?

The good looking and brave Golden Shepherd is a mix between the gentle Golden Retriever and the loyal German Shepherd.

It most possibly has the looks of the German shepherd and the build of the golden retriever.

If you are really keen to have a dog that is easily trainable, alert, energetic, brave, and rational, you can get a Golden Shepherd.

This dazzling dog can get loads of attention from dog enthusiasts easily. This weather-ready dog can withhold any climate. However, are prone to a few potential health problems due to their extreme physical traits.

Also, they become destructive when bored or not exercised enough. They also hold the problem biting if not properly socialized.

Like with any other mix dog breeds, AKC does not recognize the Golden Shepherd, but by other organizations like American Canine Hybrid Club (ACHC), International Designer Canine Registry (IDCR), Dog Registry of America, Inc. (DRA), Designer Breed Registry (DBR).

One of the parent German Shepherd was originally developed in Germany during the 18th century to guard sheep. Soon, they became favorite as they were easy to train and are highly loyal.

Their intelligence working ability made them enter police and military services. They were trained as scent dogs and employed in scout duty.

The British army people called them as Alsations with the controversy of individuality.

The other parent is the gentle and sweet Golden Retriever that was developed in Scotland during the mid-1900s. They were raised as hunting dogs to retrieve ducks and birds after being hunted down.

These dogs were again a delight when they found that they could bring the birds undamaged even through water. They have other variations as well, Canadian, British, and American. They are good nanny dogs and are gentle with kids. 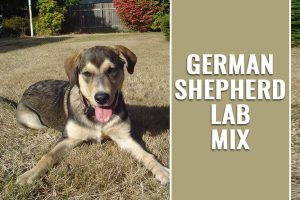 German Shepherd Lab Mix Is A Mix Breed Of German Shepherd And Labrador Retriever. Check Out The Size, Lifespan, Temperament, Price And More About Sheprador.
Read More
Back to Index

Normally, a Golden Shepherd reaches its adulthood around two and a half years of age with a height of 20-26 inches and a weight of  60 to 85 pounds depending on the gender.

A properly cared and healthy German shepherd Golden Retriever Mix may enjoy a life expectancy of  7 – 12 years. Regular vet visits, preventive vaccination shots, good exercise, and top quality diet will make him live up to 14 years which is a normal lifespan of a large dog.

More often, this mix breed will have a Golden Retriever’s face and the body of a German shepherd. You’ll notice that the dog will have deep, almond-shaped eyes with the straight back head.

Since both parent breeds are of a bigger size, your Golden shepherd will likely be a mid-level large dog. Get ready to deal with a hefty canine, particularly if you have to move him from your couch to the floor at night.

Bred from the two double-coated parents, this designer dog has inherited the same type of coat as its parents. With the aid to the gene pool, the coat color may be cream, tan, yellow, golden, or white.

Even the luxurious long-coated and rare black Germans are used by the breeders to mix with the Goldens.

Both his parent breeds are natural, hard-working dogs. So, clearly, the Golden Shepherd will have a sturdy, muscular appearance.  Its forequarters are similar to that of a German shepherd with a deep chest. 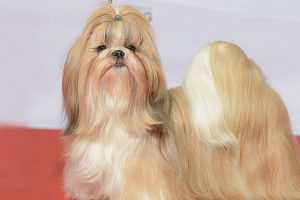 Shih Tzu Puppies have their Origins from Tibet and Then were Developed in China. Check Out The Trait, Size, Life Span, Health Issues, All Facts Of Shih Tzu.
Read More
Back to Index

It’s not a surprise that this breed possesses the incredible temperaments of both the German shepherd and the Golden Retriever.

Is The Golden Shepherd The Right Choice For First Time Owners?

German shepherd-Golden retriever mix is the best choice for first-time owners because they are really keen learners and love nothing more than to please their owners.

These are really smart family dogs that love to abide by the rules and are uncomplicatedly trainable.  All they want is to see their owners happy. It won’t be long before the two of you become best buds.

This breed is one of the cleverest canines out there, just like both of its parents. They won’t give you a hard time during the training session as they are really fast learners.

These puppies are naughty, happy, and playful. Pet parents and trainers must expose their puppy to as many people, other pets and sounds as possible to make them a friendly dog once they reach adulthood.

The loyal and industrious golden shepherd has ‘the Goldie’ in him and he is very likely going to cling to you. So make the most of your dog training.

Stick to the positive reinforcement training, establishing yourself as the pack leader. Stay consistent throughout the training period, you’ll be more than fine. You are sure to find the training session actually a pleasure.

Like most independent and proud dogs, they do not respond well to any sort of heavy-handed training or unsympathetic correction methods.

What Do You Feed German Shepherd Golden Retriever Mix?

A typical, healthy Golden shepherd should be fed about 40-50 calories worth of food per pound of body weight.

So, a puppy of four to twelve months who doesn’t exercise much needs around 500 calories per day. Try to split the meal to between two or three and feed ¾ to 1½ cups of dry dog food daily.

On average, an adult Golden shepherds should get 1500 calories per day.

How To Groom A Golden Shepherd?

Coming from the parents that have very beautiful coats, this breed has one of the most gorgeous coats out there. Ensure that you take care of  your Golden Shepherd’s coat as much as necessary.

This cross-breed is a moderately heavy shedder due to its longer-than-average coat. You need to brush their coat on a daily basis to prevent lots of vacuuming and cleaning. Always use a brush that can reach inner layers of the coat.

Bathe your dog regularly to prevent excessive shedding and maintain the health of your dog’s coat and skin. This will keep your dog free of dirt and clean.

You must clean his teeth and ears regularly to prevent wax and ear diseases.

Trim his nails once in a month because they grow very quickly. Take him to the vet for regular health checks.

The major illness and difficulties that are to be given concern in this mix breed:

Hip dysplasia – Hip dysplasia is caused by a deformity in the hip joint that affects one or both of the hips.

Elbow dysplasia – Irregular and developmental deformity of the elbow joint. This causes severe harm to the cartilages present in the elbow joint to end up in osteochondrosis or OCD.

Progressive Retinal Atrophy – This hereditary disease of the retina comprises of various genetic diseases that lead to the degeneration of the retina.

Pulmonic stenosis – The third most common canine congenital heart defect in which the pulmonary artery is poorly developed, leading to a narrowing of the arterial region through where blood enters the lungs.

The severity of the disease varies with heredity of the dogs. Some may die very young while will others remain symptom-free for their whole lives.

Cataracts – This typically affects older canines above six to seven years of age.

Hypothyroidism – This is the most commonly diagnosed hormone disorder in dogs and it is a congenital disorder of thyroid gland, causing slow physical and mental development.

Von Willebrand’s Disease – a most common congenital disorder of hemostasis in dogs. The dogs undergo excessive bleeding due to a defect in platelet function to form clots to seal broken blood vessels.

Bloat – Also known as “Gastric dilatation-volvulus (GDV),” “stomach torsion in canines,” or “twisted stomach, this is second only to cancer as a cause of death in dogs. 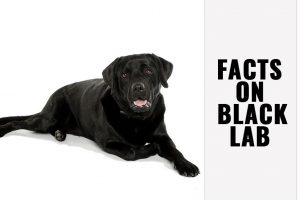 Black Labs Are Gentle, Affectionate And Adapt Themselves To All Types Of Environment. Find The Size, Lifespan, Temperament, Price & All About Black Labs.
Read More
Back to Index

Normally a Golden Shepherd puppy costs between $500 to $800 but can go all the way up to $1500 depending on the pedigree, immunization shots, and the breeder.

Always buy your puppy from a reputable breeder or look at local dog shelters.

The good way to start is by searching for a good breeder on national kennel or breed clubs.

It’s not necessary to go to a local SPCA or animal shelter these days to find out what dogs they have. Most organizations have a strong online presence and on social platforms such as Facebook.