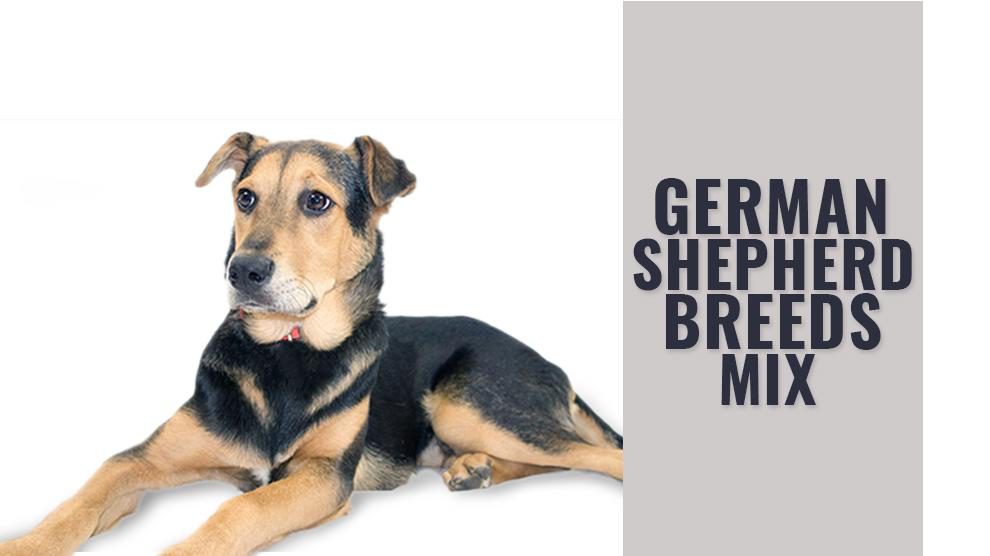 Designer dogs are the perfect blend of surprise and distinctiveness. You get to have a dog whose appearance and traits can’t be replicated or predicted.

Canine experts have gone to uncanny lengths to tempt destiny with the mix of favorite purebreds. The German Shepherd– one of the most popular dog breeds has been a choice parent for a multitude of crossbreeds.

Mixed breed dogs account for about 53 percent of all pet dogs in the United States, while German Shepherds prove popular as both a pure breed and mixed breed, followed by labs and chow.

And, if you’re looking for intelligence, faithfulness, affection, and loyalty, this is what makes German Shepherd so well loved as he has every quality we look for in a canine companion and he will perform just about every job known to dog.

They are intelligent (that’s probably an understatement), versatile, athletic, fearless, loyal and devoted companion— the German shepherd isn’t a breed but a lifestyle.

In this post, we’ll share our top 5 German shepherd mix. Let’s delve right into our favorite German Shepherd mixes, and you can decide which one is the best for you! 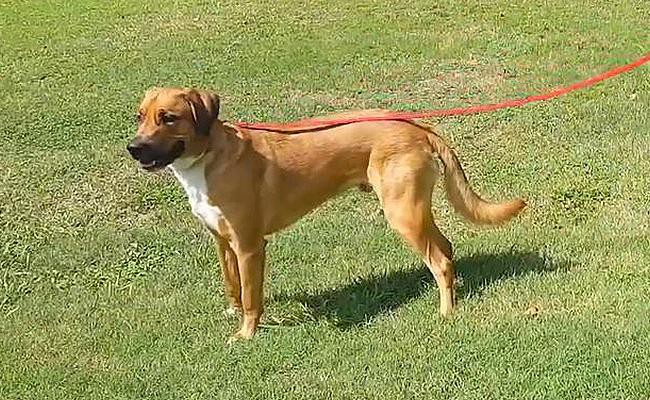 Guess what! When you cross two of the world’s most popular dogs?    A confident, most loyal dog with a more social one and You Get …… You get a confident, loyal pup with a heart of gold! The Golden Shepherd

This Designer dog is extremely popular in recent times and in high demand among people who love both the German shepherd and the Golden Retriever, and those who have always dreamed of having a best of both worlds.

A healthy German shepherd- Golden Retriever Mix should expect to enjoy a life expectancy of between 7 – 12 years when properly cared for and fed a good quality diet to suit their ages.

A Golden Shepherd has (most possibly) the looks of the German shepherd and the build of the golden retriever.

The Golden Retriever-German shepherd mix will be smart and intelligent which thrives on interacting with its owner, household family members and generally all the people it loves.

If you think an energetic persona and steadfast loyalty make for a great canine pet, don’t look more than a Golden Shepherd.

You should expect to pay between $500 to $800 but can go all the way up to $1500 for your Golden retriever & German Shepherd Mix puppy depending on the pedigree and the breeder. Always make sure to buy your puppy from a reputable breeder or look at local dog shelters. 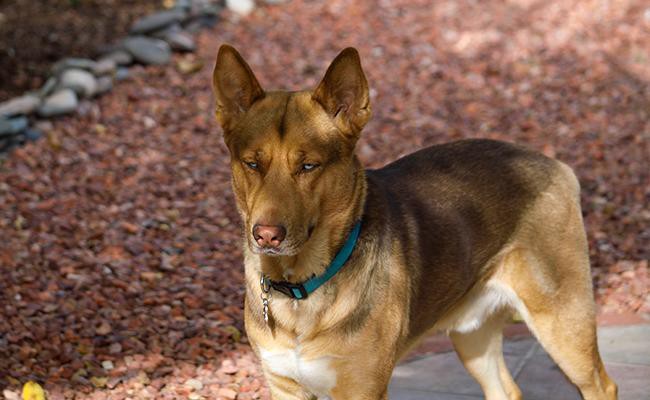 Courageous, intelligent and incredibly loyal… The GSH, a hybrid more commonly known as the Gerberian Shepsky is a mix of German Shepherd and Siberian Husky. He is a relatively new hybrid to the canine world and so his origins seem to be quite murky.

Though, it has been speculated that the GSH mix may have simply been bred partly for companionship and aesthetics during the 1980s. They also go by the names… German Husky, Husky-Shepherd, Siberian Shepherd, Herman Shusky and even Germusky!!

A healthy German Husky should expect to enjoy a life expectancy of between 11 – 14 years, sometimes as long as up to 18 years old, when properly cared for and fed a good quality diet to suit their ages.

Some Shepherd Huskies resemble more like the Siberian husky while the others inherit the German Shepherd side of the family. So, you can’t be certain how your crossbreed will come out.

In a nutshell, a German Shepherd Husky Mix is street smart. In addition to its ravishing looks, this mix breed inherits the brains from both parents and he is a quick learner, very active and strong.

They so smoothly get attached to your family which in no time is noticeable with the protective behavior and affection they have towards them. They have a tremendous sense of loyalty, affection and its eagerness to please.

The variety of possible coats and colors is also a significant factor in puppy pricing. For Instance, many people prefer German husky puppies with the green or blue eyes of a Husky as well as the black and tan hair (of German Shepherd). 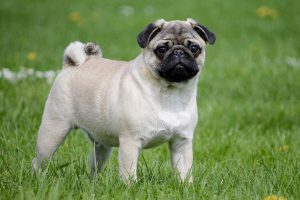 Pugs Were Kept As Pets In Tibetan Monasteries Until They Became Famous As Lapdogs & Royal Pets. Learn The Size, Lifespan, Price, Food & More of Pug Breed.
Read More
Back to Index 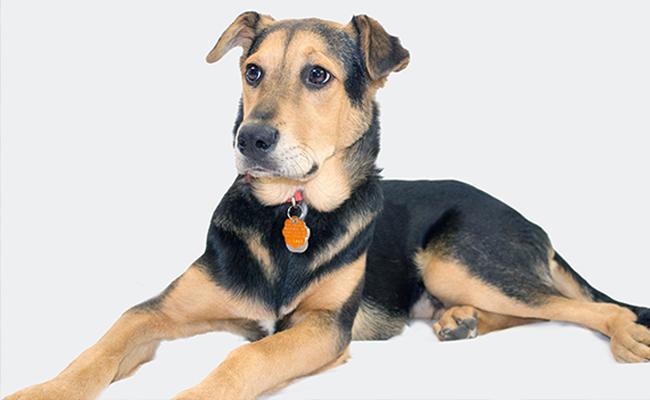 When you mix the earnestly loyal Dog with a devoted and fierce guard dog … You Get …… an earnest pup with a fierce loyalty!

Shepweiler is a Crossbreed of German Shepherd and Rottweiler that exemplifies all that you could want in a dog, from its happy-go-lucky and cool demeanor to its Loyalty and level-headedness, not to mention, its amazing ability as a watchdog… Sounds like a catchy deal right?

Their appearance is not yet standardized and may vary based on the dominant parental gene. Since both breeds are of a larger size, the Shepweiler will likely be a mid-level large dog.

All offsprings of this GSR mix will be stocky and sturdy to some degree, but they can have different variations.

your German shepherd-Rottweiler mix will be smart and intelligent while thrives on guarding its household or family members and generally is alert, affectionate and devoted.

Clever, courageous, caring, cheerful, committed, cordial,  captivating and comparatively non-aggressive (if trained properly); they love to play around with their owners.

You love the German Shepherd, but wish you could have one in a smaller package? Meet the Corman Shepherd, a cross between the German shepherd and Welsh Corgi (Pembroke or Cardigan)  Otherwise known as the Corman or Corgi Shepherd, this is a designer dog whose popularity has skyrocketed in recent times.

The average lifespan of a Corgi German Shepherd Mix is 12- 15 years making it the perfect breed for those who want a dog for a very long time.

The salient feature of Corgi mix puppies is generating a hybrid that looks exactly like the other half of the breed but with miniature features!

This is absolutely the case for the Corgi German Shepherd mix as it has a striking resemblance to the German shepherd in the head but with smaller legs and torso. 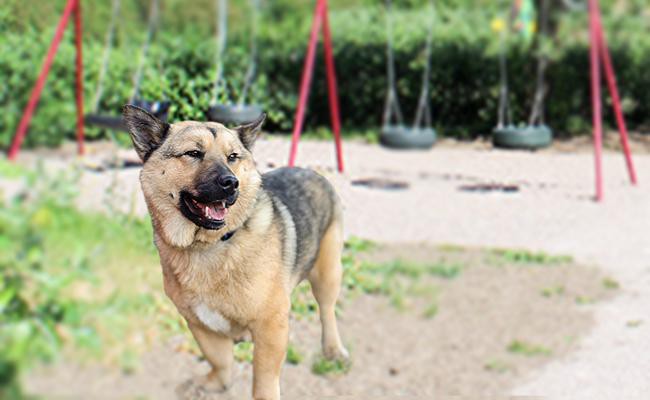 You should expect to pay between 250- 750 USD for your Corgi & German Shepherd Mix puppy depending on the pedigree and the breeder. Always make sure to buy your puppy from a reputable breeder or look at local dog shelters. 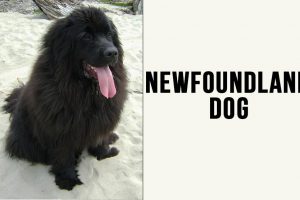 Newfoundland Dogs Are Large, Fluffy Dogs That Resemble Bears. They Are Actually Gentle Giants. Check Out The Facts, Temperament, Price, Lifespan, And More.
Read More
Back to Index 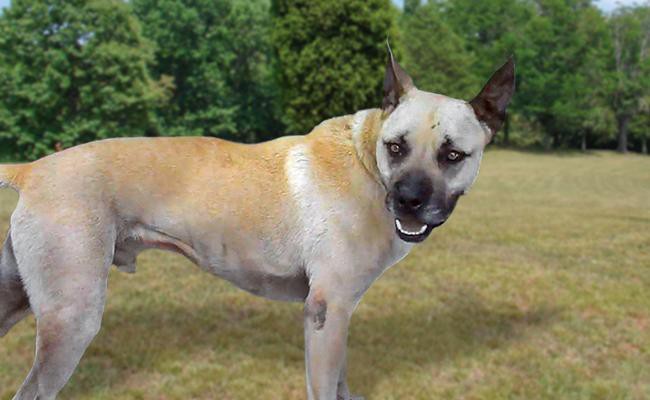 A healthy German Shepherd Pitbull Mix should expect to enjoy a life expectancy of between 10 – 12 years when properly cared for and fed a good quality diet to suit their ages.

Since both breeds are of a larger size, the German Pit will likely be a medium-large sized dog with well-defined musculatures.

As experienced breeders reveal, the shepherd-pit looks more of a larger Pit Bull, with either a classic short muzzle or a longer muzzle like the German Shepherd.

Certainly not the largest canine when it comes to size, but it is quite larger than the APBT and shorter than the German Shepherd parent.

Your Pitbull-German Shepherd mix is extremely gutsy and very protective. While not naturally aggressive towards people; they have more “spidey senses.”  They will be loyal and clever while thrives on guarding its household and generally is attentive, affectionate and devoted.

You should expect to pay between $300 to $600 depending on the breeder.